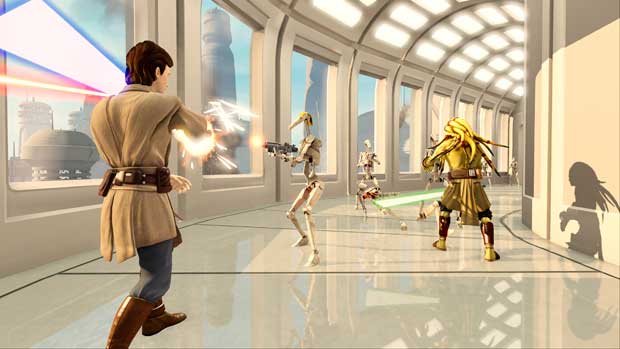 One of the most anticpated Kinect titles on the horizon for Xbox 360 owners was Kinect Star Wars.  As originally planned, the game will not be making its debut this holiday season.  Microsoft recently told The Official Xbox Magazine that the game has been pushed into 2012 in order for the game to reach its “full potential”.

What this means for you is no Kinect Star Wars action this year, and the sweet R2-D2 console has been delayed as well.  With a lot of high quality titles coming this season, Kinect Star Wars definitely could have been lost among the sea of titles, especially when you take into consideration that early previews of the game have levied some criticisms on the game.

No official date has been given, but expect more information from Microsoft in due time.