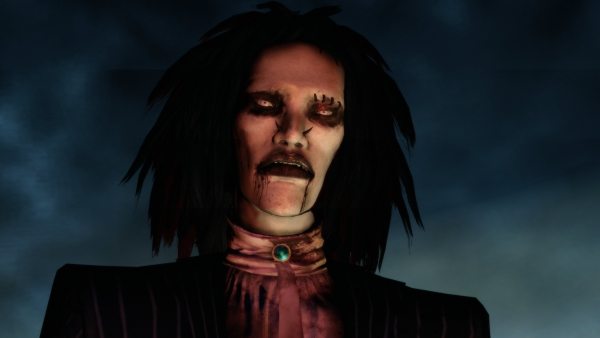 According to the recently released trailer for Lollipop Chainsaw, Juliet will be saving the world from Swan.  Your everyday typical “Goth Geek Bastard”.

Lollipop Chainsaw is the ‘un-deadly’ story of sweet and killer zombie-hunter Juliet Starling and her quest to uncover the root of a colossal zombie outbreak. With her wickedly awesome chainsaw in hand, Juliet slices, dices and splits her way through hordes of the undead, but soon realizes the horde is only the opening act to a festival of zombie rock lords determined to kill the chainsaw-wielding cheerleader.

Lollipop Chainsaw is due out this April on PlayStation 3 and Xbox 360.