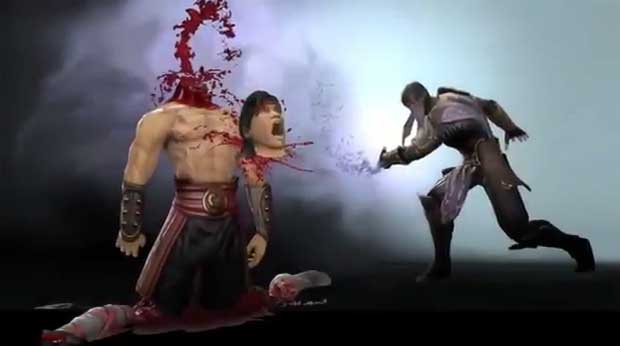 Nether Realm has released the lastest character vignette for Rain.  As we’ve grown accostumed to, the character trailers go into detail about how each character has forged their path to the Mortal Kombat tournament, and this latest is no different.

His actions may have began before the events of the 1st Mortal Kombat tournament, as depicted in Mortal Kombat Deception’s Konquest Mode. Rain appears in Mortal Kombat: Deception as a non-playable character and is involved in two separate side quests. One of which involves Rain asking Shujinko to retrieve the enchanted dagger of the royal Shokan family.

Rain states that Shao Kahn has enlisted him to retrieve the dagger for his own purposes, but Rain actually plans on keeping it for himself. Although this quest ends in Jade knocking out Rain for his troubles, it is canonly believed that he did keep the dagger, as it appears as part of his wardrobe in Mortal Kombat: Armageddon.

Rain is releasing as the third of four downloadable characters for Mortal Kombat.  The DLC will hit the PlayStation Network and Xbox Live on July 19th.