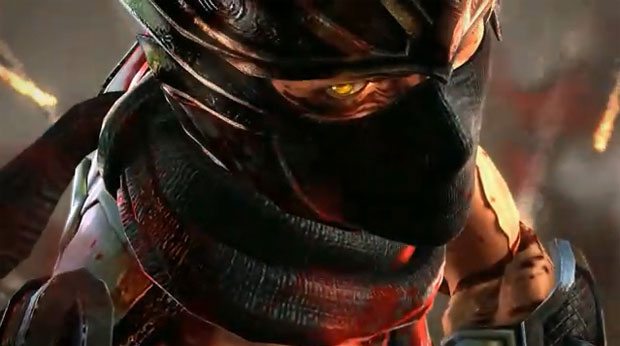 Tecmo Koei’s Team Ninja just released a short teaser video with who one could only assume at this point to be Ryu Hayabusa multilating some poor thing/person. First response is that this is for Ninja Gaiden 3.  But since this is the first release about the next game from Team Ninja, that means no title, no release date, no nothing.  Just a vague press release claiming that the game stars “one of the studio’s most iconic characters” as well as the text shown in the clip itself “unmask”.

Perhaps Ninja Gaiden takes us deeper into Ryu’s world in it’s next iteration, maybe it’s nothing to do with Ryu at all.  It looks like we’re gonna need to wait it out like everyone else until the next hints come our way. The trailer below is short…but what it lacks in length it makes for in bloodiness.