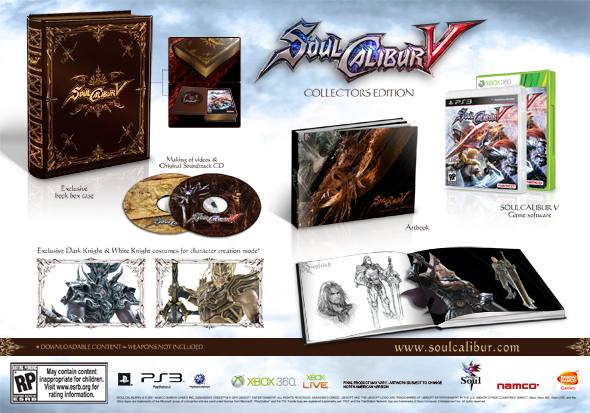 NAMCO BANDAI recently revealed the Collector’s Edition for SoulCalibur V, but it is the roster’s new guest that will have people buzzing and perhaps prove to be more profitable for the game itself.

That’s all well and good, but the news that everyone’s favorite assassin, Ezio Auditore, will be a playable character is pretty monumental. The SoulCalibur series has always been known for incorporating popular industry personas and Ezio is undoubtedly a great addition to what is already a historic roster. Players will be able to control Ezio and his wide range of assassination tools including a Roman Longsword, Stiletto, Crossbow, Hidden Gun and his trademark Hidden Blade. Check out his introductory trailer below as it showcases some slick combo moves performed to a nifty remix of the AC theme. Wouldn’t mind having that track on my iPod.