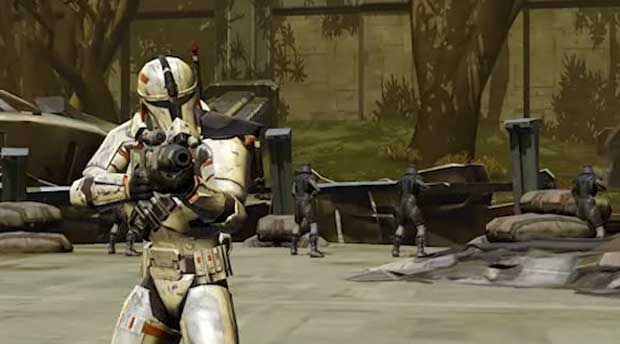 At San Diego Comic Con 2011 Bioware released the Join The Fight trailer for Star Wars: The Old Republic. The new video shows off some never before seen gameplay for the upcoming MMO which is getting ready for a September beta test and a rumored 2011 release window during the holiday season.

The uneasy peace established by the Treaty of Coruscant is broken and both the Galactic Republic and Sith Empire build their armies. As both sides prepare for open war, a new generation of heroes must rise up to meet the challenges of a volatile age, declaring their allegiances and fighting for what they believe in.

In the trailer the Galactic Republic and the Sith Empire build up their armies, and prepare for the all out war that is SWTOR.  Which side will you join forces with when the MMO releases this holiday season?