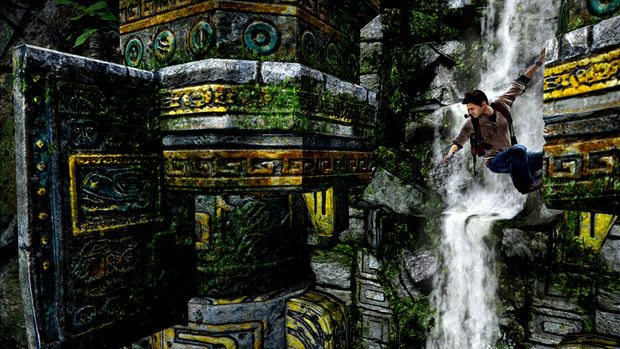 It was announced today that Nathan Drake will be making an expedition to the Playstation Vita, and Sony was happy to showcase the technology that its new portable console is packing under the hood. Though not much has been revealed on the side-story that will accompany Golden Abyss, the demo displayed the seamless touch screen melee combat and the ability to guide Drake while climbing walls and scaling cliffs simply by outlining his directed path with your finger.

It may be a short demo, but I think Golden Abyss is already aiming to knock of its Sony relative, God of War: Ghost of Sparta for best graphics on a portable system.