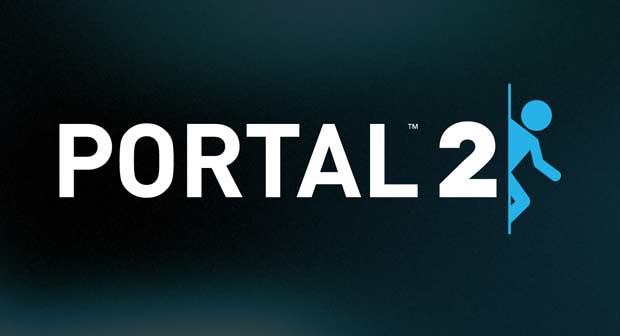 Portal 2 has been named one of the most anticipated titles of 2011 for good reason.  First of all, its pedigree is profound.  The original Portal was a genre bending game.  A thinking man’s/woman’s game, mixed with humor, and a strong core gameplay mechanics that make it just as fun now, as it was years ago when it was originally released as the brainchild of  a team of DigiPen students that are now coincidentally employed by Valve.

Valve showcased the upcoming puzzle platformer at this weeks trade show, PAX East.  The first six minutes of the game showed some new features and familiar ones that have gotten us more excited than ever to get our hands on the real thing come April 19th.  As your character awakens from a slumber in a small hotel room, you are greeted by the sounds of a distant intercom.  Giving you a brief run-down in tutorial mode, the standard practice of making you familiar with the controls of the game ensues.  After this, you will be teamed with a sidekick for the remainder of this section of the game.

This companion inclusion also shows the new dialogue system that is in place in Portal 2.  In the demo there were many instances where you are required to interact with Wheatley in this manner.  He will ask questions and you will complete tasks and course, there’s plenty of Valve humor to go along with the upgrades that are immediately noticeable in the visuals department.  You will also meet a second character in this short demonstration.  Cave Johnson is the CEO of Aperture Science, in the demo he speaks briefly about other testing subjects and you can expect there to be development in the full version of the game.

The new gameplay mechanics were also put on display.  The combinations of possibilities seem endless when trying to solve puzzles.  The game seems to have taken on a huge dynamic shift when it comes to possibilities.  The inclusion of speed boosts and launch pads throughout portions of the levels allows you to accomplish maneuvers that just weren’t possible in the first game.   However, Eric Wolpaw told Joystiq that Portal 2 puzzles won’t require “twitchy ninja skills”  to solve.  Eventhough they damn well could if they wanted to.  The developer from Valve makes it clear that proper training and progression throughout the campaign will help the learning curve for the new inclusions in the game.