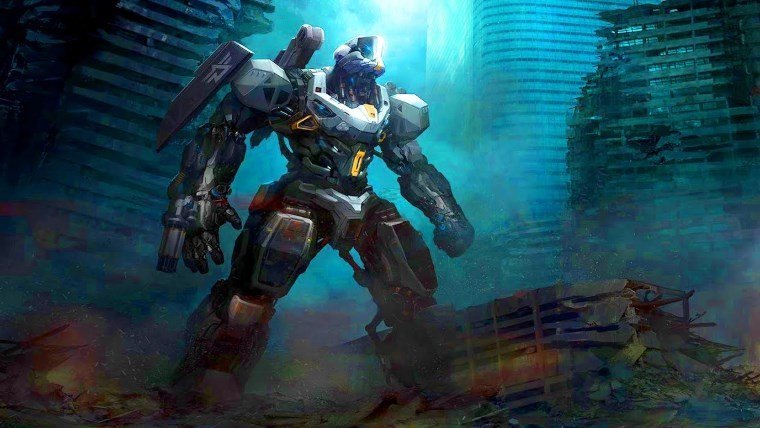 VR games offer a lot of advantages over their standard gaming brethren. A VR headset adds a level of immersion that little else can deliver. Gamers have jumped onto the technology, but the games are still in their infancy, with many developers discovering what works and what doesn’t on the fly. Archangel tries to take the medium in new directions with a polished presentation and a somewhat deep story. In many ways it succeeds in delivering this second-gen VR experience, but the core gameplay is too dull to keep your interest even through the short campaign.

When designing a video game, whether in VR or not, you have to decide how to balance storytelling and gameplay. Some games mix the two perfectly, such as Portal, but these are rare gems. Most games have to dedicate a lot of time to telling their story via cutscenes or exposition filled sections. Archangel tries to put some emphasis on its story, which is a bit cliche, but otherwise fairly solid. There’s real connection between the characters at times, but not anything beyond what has been seen in other titles, even in VR. The long intro sequence is also a bit annoying, stretching out what most could predict into a 15 minute affair. If you’re wanting to jump in and get right to the gameplay, Archangel will disappoint in its first half hour or so. 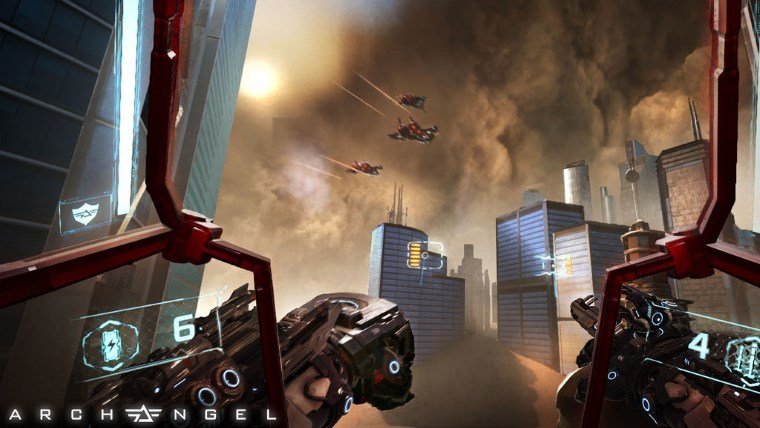 The story puts you in control of a massive mech. Joining the Resistance you are the pilot of an experimental weapon that is meant to turn the tide against HUMNX, a conglomerate that has essentially taken control of the world. Shortly after testing the new weapon things, of course, go horribly wrong. You and your team have to work together to take down the forces of HUMNX and set the world right.

Archangel suffers from a ton of the usual VR gaming problems

As I mentioned before, VR gaming is still in an experimental phase. Designers are figuring out what works and what doesn’t. One thing that almost anyone can agree to is that mechs make for a perfect VR gaming mechanic. Everything fits so well, with players seated and controlling a giant machine in the same way they are interacting with the game. They also give players the feeling of power and immense force that few other genres can. Of course, this is only true if the game actually takes advantage of these qualities.

Archangel puts you into a mech which then feels weak and dull. The game is a rail shooter, with players only able to control where the mech fires its guns. This isn’t inherently a problem, as the game could easily compensate by truly delivering on the power fantasy of being in a giant mech robot. Unfortunately it does not succeed here, with the game instead feeling hollow in a lot of ways. Controlling the mech simply doesn’t feel powerful enough, with punches quietly swinging in front of you and guns firing off shells like an SMG as enemies sort of fade off screen when they die. The game simply doesn’t deliver the punch that it should in many ways.

It’s not all bad though. Enemies flood the screen at times, which can create a frantic feeling as you rush to shoot them all. This is when Archangel is at its best, when it tests your reflexes and abilities. Using your shields is helpful in minimizing the challenge, though their timed nature means you have to be sparing. The difficulty can ramp up, sending you back to checkpoints upon each death. You can avoid those deaths by strategically using the multiple weapons at your disposal. 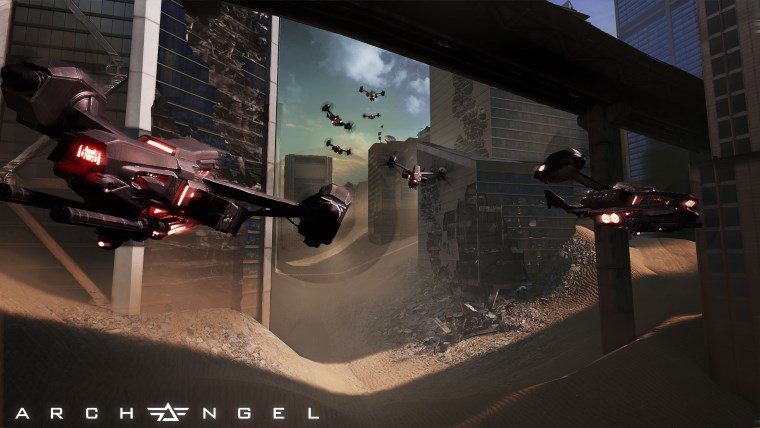 As the game progresses through its short, three hour long campaign you’ll unlock new weapons, or modifications of old ones. By switching between them depending on the scenario you can take on more powerful foes. In between each mission you can also apply upgrades to your mech, such as extended shield time or tougher armor. These help give players a feeling of control over the proceeding missions that might be otherwise lacking due to the linear structure of the game.

In a lot of ways, Archangel feels like the old light gun games. Personally, I was a huge fan of these titles, as they put my reflexes and aim to a greater test than regular shooters ever could. The problem is that we’ve had a few VR titles already hit this genre and do it in a better way. VR gaming might not be off to the best start, but it does have a few games that simply knock it out of the park in terms of gameplay. Archangel tried to go beyond this by delivering a cohesive story as well, but I’d rather take a game with solid gameplay and no story over what was delivered here.

Archangel suffers from a ton of the usual VR gaming problems. These include a high price for the duration and limited gameplay mechanics. While the action does get enjoyable at times, it rarely excels beyond what has been seen in other games, including in the VR space. The aim seemed to be crafting a VR exclusive title that also offered a unique and interesting universe and story. The game takes some steps in this direction, but overall it simply doesn’t stick the landing on any one thing it tries. The story is cliche, the gameplay is simplistic, and the entire package just doesn’t come together in any significant way. Still, the game does look good and when the action is hitting it hits well. If you just want a new action shooter for PSVR this won’t disappoint too much.