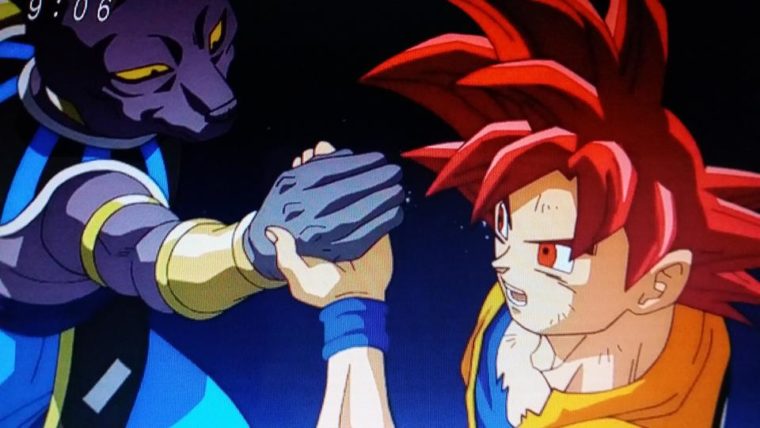 Another week has gone by and Super Saiyan God Goku and Beerus are still fighting. Episode 12 of Dragon Ball Super showed more of their enormous power.

The battle between Goku and Beerus is a lot more intense than how the fight was portrayed in Battle of Gods. In Dragon Ball Super, they make their powers seems more “god-like” so to speak. It’s almost as if Goku and Beerus have the power to destroy the Universe.

Whenever Goku and Beerus touch fists, the effect is felt throughout the entire Earth and even the further reaches of the Galaxy. Even Kibito Kai, Old Kai and King Kai feel the immense power of the Gods.

Old Kai is a bit paranoid that the more these two fight, they will destroy the Universe. He’s not wrong in his assessment because in one scene, we even see one planet getting destroyed because of their power.

The episode itself may not have been as exciting as episodes 10 and 11, but it was interesting to see how powerful Goku has become in the Super Saiyan God form. After trading fists, a light show battle ended the episode. 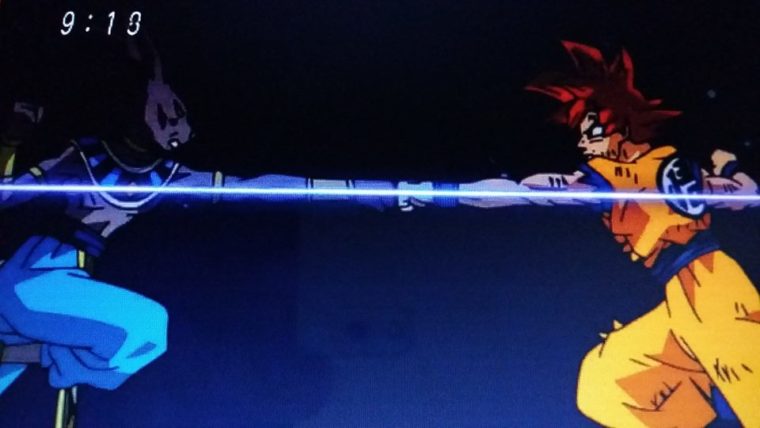 Beerus conjured up one of this neutron style bombs while Goku delivered the Kamehameha wave. The impact of the two energy blasts colliding made everyone nervous. There was even a point in the battle that Goku wanted to give up. However, the power of the Super Saiyan God increased and Goku managed to repel the attack.

Episode 12 of Dragon Ball Super ended with a bright flash of light blanketing the entire Earth. In the next episode, we will see who comes out on top in the battle of the energy blasts.

Episode 12 as a whole was entertaining as the fight is a lot different than what happened in Battle of Gods. There wasn’t a lot of humor involved this week. The only interactions was Whis showing Vegeta the fight and also Whis saving Hercule Satan from Bulma’s ship crashing into him.

Another humorous exchange was between Old Kai and Kibito Kai. Old Kai thought the Universe was ending so he sent Kibito Kai a postcard of a woman in her bikini. Kibito Kai slapped the photo away knowing it was a bad time to be a pervert…

It looks like the Goku and Beerus fight will be continuing to at least until episode 14. It will be interesting to see if Champa makes an appearance soon once the Battle of Gods saga concludes.