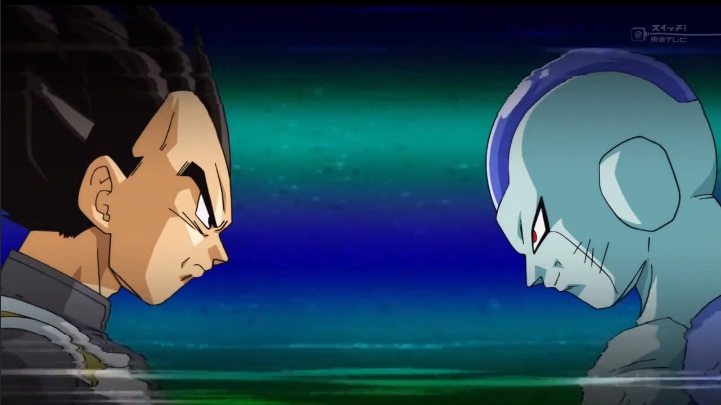 Dragon Ball Super was back on this week as episode 35 aired with the fight between Vegeta and Frost just starting. It was yet another entertaining episode featuring tons of action and other twists.

Let’s recap from two weeks ago as episode 34 ended with a bit of controversy. We learnt that Frost is a dirty cheater as he had a poison needle in his wrist during his fights with Goku and Piccolo. Frost was disqualified, but Vegeta overruled the call and wanted to fight and beat Frost himself.

Vegeta doesn’t toy around like Goku and immediately powers up to be a Super Saiyan. Again, for some reason the Saiyans are choosing not to become Super Saiyan Gods. Anyway, the fight with Frost doesn’t last long because Vegeta uppercuts him out of the ring. Frost has now been eliminated. It’s great to see that Vegeta doesn’t mess around like some of the other fighters.

An interesting revelation is that Beerus says that Goku will be able to come back to the tournament since Frost cheated against him. Beerus and Goku get to an argument because Beerus wants him to go before Monaka as he’s the strongest in the team. Goku however wants to go on last. 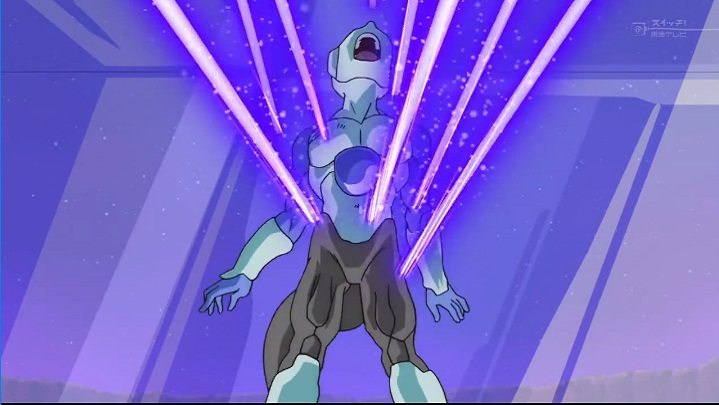 One very exciting part about all this is that there might be more to Monaka than what we see as viewers. Whis asks Beerus if he will finally reveal Monaka’s true identity. Could this mean Monaka is someone we’ve seen before? We may not find out yet, but that part intrigued me a lot.

After the Frost fight, Vegeta brags about how he wasn’t even using his full power. We kind of know this as he isn’t using the Super Saiyan Blue form. It goes to show us how slack Goku can be sometimes as he always procrastinates instead of finishing off his opponents quickly.

Beerus and Champa then argue about about ring outs as the barrier that was created by Vados is quite weak. This in turn makes them come up with a new rule which says if an opponent hits the barrier outside of the ring, they are eliminated. Ring-outs aren’t just tied to the floor anymore which makes it harder for the fighters. The barrier has also become smaller so there’s not much room to fly around anymore.

In another scene in this Dragon Ball Super episode, we cut to Frost and it looks like he’s up to something dodgy again. We seem him going to a crater and he sees some treasure along with a cube that makes people travel. This is pretty much what will be given to the winning team. Frost wants to steal the money and get out of there, although he is still afraid that Champa will get angry at him.

However, before Frost can steal anything, Hit (from Universe 6) sees him and he’s not happy. Hit asks Frost what does he think he’s doing. Hit pretty much knocks out Frost and Vados reveals that he is a hitman. I guess this is why his name is Hit. It appears Hit wants the cube for himself. It was a great scene showing us a little bit of Hit’s ruthlessness. 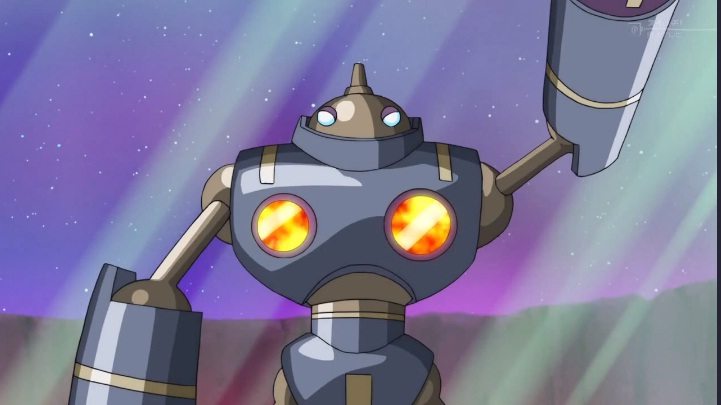 We are now back to the center stage as Magetta is up next to fight Vegeta. Magetta is of course the big robot dude. The Kais discuss if he really is a robot, but he’s actually a metallic being. He also drinks lava as if it was water!

The fight starts off immediately and we can tell that Magetta is very strong. Vegeta is able to dodge most of his punches early on in this fight. Vegeta then boots him on the head and this causes a huge ringing noise that spreads across the entire arena. The kicks seem to have no effect on Magetta whatsoever.

Magetta’s speed seems to have increased since the last attack and Vegeta seems surprised by this. The metallic being isn’t as slow as he thought he was. Magetta’s lava also comes into play as he uses it against Vegeta during the fight. It’s not considered as a weapon because lava is a part of him so he’s not disqualified like the poison that Frost used.

The lava nearly catches up to Vegeta since the arena barrier has been narrowed down due to the new rule put in place. The episode ends with Vegeta becoming a Super Saiyan again with the fight set to continue next week. Can a tired Vegeta win?

Overall, Dragon Ball Super episode 35 was another strong outing. It was fun to see Frost being a jobber (loser) by getting knocked out by one punch. It was also interesting to get some backstory for the character of Hit. Magetta is also a very unique character and his fight with Vegeta is unlike we’ve seen before. It’s worth watching if you have not done so already. Episode 36 airs next week and the preview just showed Magetta and Vegeta continuing their fight. Join us next week for another Dragon Ball Super review.

*Site note: Frost is shown during the episode 36 preview. He was not killed even though it looked like he was.

Culture Dragon Ball Super TV Series
You May Like