The latest news in the world of video games at Attack of the Fanboy
August 8th, 2015 by Dean James 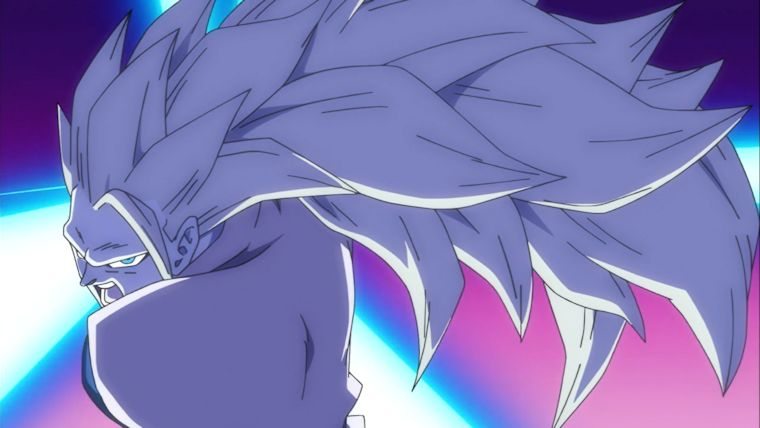 Dragon Ball Super is back with yet another episode that gives once again gives us an expanded look at some events we’ve seen previously in Dragon Ball Z: Battle of the Gods, along with new content as well. This week is now the fifth episode of Dragon Ball Super, which is titled “A Battle On Kai’s Planet: Goku vs God of Destruction Beerus.”

As always, this will serve as a combination recap and review of the latest episode, so there will be plenty of spoilers within.

Last week’s episode ended just as this one picks up, with Beerus and Whis taking their anime episode long trip to King Kai’s planet to inquire about the “Super Saiyan God” that he dreamed of while in his 39 year sleep.

Episode 5 begins with Beerus and Whis arriving to King Kai’s planet while Goku hides in King Kai’s house. Goku is trying to stay quiet in there, while peaking out and wondering who exactly they are. Goku quickly gets excited, while Gregory must keep him calmed down. These few moments are pretty funny between the two.

King Kai tries to distract Beerus while Goku is hiding, with him even bringing out Bubbles to meet them, acting as if he’s the only other one there. Beerus quickly sees through this facade however and lets it be known that he knows that the Saiyan is there.

King Kai then summons Goku has his casual “Hi, I’m Goku” moment before being knocked over the head by King Kai. They all converse while Beerus explains that he’s looking for this “Super Saiyan God,” which neither King Kai or Goku know anything about at all.

The always anxious Goku of course asks for a fight with Beerus, which King Kai greatly opposes. Goku gets cocky as always though and wants the fight anyways, so he powers up to Super Saiyan, though he can’t even land a hit whatsoever on the deity. Beerus gets bored quickly and starts yawning, showing just how weak Goku is in comparison at this point.

At this point, Goku turns into Super Saiyan 2, which is no better for him in the battle, as Beerus dodges every move once again. Goku at this point is preparing to use his Kamehameha Wave, but thinks better of it and charges at Beerus once again. This goes as well as before with him missing constantly. Eventually, Goku decides to show off Super Saiyan 3 to Beerus before we get to the commercial break. 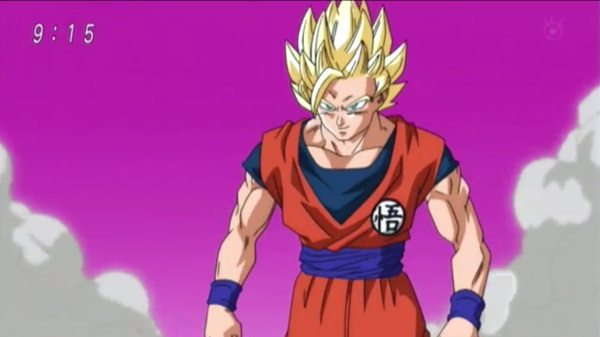 Upon returning, Goku and Beerus talk a little more before Goku once again charges at Beerus, and instead of dodging, Beerus just outright blocks all of Goku’s attacks. The fight is still completely one-sided, with Goku not getting in a single actual blow on Beerus at all, even in this form. Goku finally fires a Kamehameha at Beerus, but he just blocks it like it was nothing, only leaving a cloud of smoke around him. Beerus even remarks that he can’t believe this is the one that managed to defeat Frieza.

The force caused by the attacks however are starting to take their toll on King Kai’s planet, which gets even worse when Goku fired his Kamehameha and it cuts right through the planet itself. At this point, Beerus decides to end the fight and moves right up on Goku and flicks him in the head and then knocks him to the ground, reverting him to his normal form.

Beerus and Whis then say they are heading to Earth and move on, while King Kai starts to worry about all of Goku’s friends there with Beerus on his way. It then cuts to Earth with Vegeta on the luxury liner in a lounge chair getting yelled at by Bulma as always.

King Kai contacts him and warns him of the coming threat, who Vegeta recognizes the name of, and King Kai says he is the last line of defense with Goku already defeated. The episode then comes to an end with Goku getting back up off the ground and knowing he must do something to defeat Beerus, whatever it takes.

The preview for the next episode shows Beerus and Whis show up on the luxury liner, with Beerus trying all sorts of foods. One particularly funny moment is Yamcha slapping him on the back in a chummy way, but we all know Beerus is not going to like that much at all. Goku is also getting his training to find a way to stop Beerus as well it appears.

Episode 5 of Dragon Ball Super was definitely the most action oriented so far, feeling the most like a Dragon Ball Z episode, while the previous few felt more like Dragon Ball almost. This basically was an expanded version of the Goku and Beerus fight from Battle of the Gods, but it did a good job at showing just how outmatched Goku was in his first fight against Beerus. It was also cool to see him fight in each of his forms for awhile, rather than just power up to Super Saiyan 3 from the start.

This episode was probably the one that strayed the least from Battle of the Gods, as it was all within a fight that happened in the movie, with multiple parts being exact copies. Hopefully they will get a little more creative with these, so that they don’t feel like such rehashes moving forward.

Make sure to stay tuned to Attack of the Fanboy for recaps and reviews of next week’s episode as well. Also, don’t miss out on our upcoming review of Dragon Ball Z: Resurrection F, which is currently playing in a limited release in the US.