Constantine Fails To Find A Lazarus Pit, Is Officially Dead 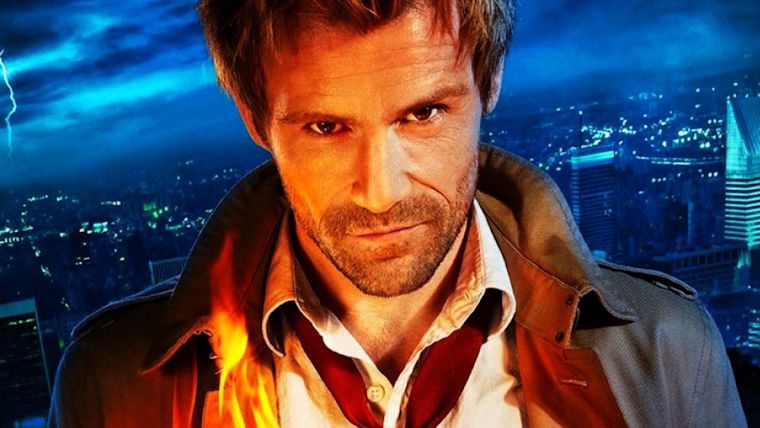 Constantine debuted last fall as yet another DC Comics property on network television, this time on NBC. Separate from the existing Arrowverse that has been so successful on the CW, Constantine failed to attract a large enough audience for NBC and never received a back order before being officially cancelled by NBC last month. There was plenty of talk about other networks picking up the series, but now it has been officially announced that those dreams are dead.

There was a big push Constantine to be picked up by another network like the CW or Netflix after its cancellation, helped by major CW stars like Arrow’s Stephen Amell. He specifically said he would guest star on the show, regardless of who picked it up, noting that he had been in talks to be on Constantine itself before.

Many thought that a major player in the DC TV universe like Amell could help the push, but now it has been revealed by the Constantine showrunner, Daniel Cerone, that the show is sadly dead.

This very disappointing news came courtesy of Cerone’s Twitter, linking to a TwitLonger message, which included:

“I promised I’d share news when I had it — sadly, that news is not good. The cast and writers of Constantine are being released from their contracts. The studio tried to find a new home for the show, for which we’re forever grateful, but those efforts didn’t pan out. I’m sorry, I wasn’t provided any information on the attempts to sell the show elsewhere. All I can report is that the show is over.”

While this is the end for the Constantine show itself, I’m still hoping we see him pop up in the Arrowverse on something like Arrow or The Flash. Constantine is one of the experts on Lazarus Pits, so it would make sense to have him show up with the appearance of those in the third season of Arrow. Hopefully Matt Ryan can reprise the role and maybe we can also see the debut of Zatanna as well.