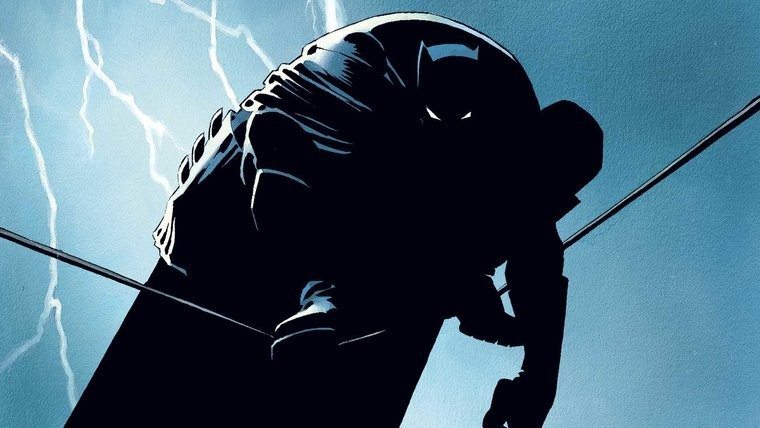 Following three decades after the critically-acclaimed release of The Dark Knight Returns, a new sequel to the hit has been announced. The Dark Knight III: The Master Race is bringing Frank Miller back to the Caped Crusader to expand upon the aforementioned classic and (the less notable) The Dark Knight Strikes Again. Frank Miller is teaming up with Brian Azzarello, known for Joker, to pen the “epic conclusion” to this saga.

“Batman remains my favorite comic book hero and a sequel to Dark Knight is going to be daunting,” said Miller, “but we’ll do our best.” The artist/writer also took to Twitter to share the first teaser image of the upcoming comic, which seemingly confirms another Batman/Superman face-off. The comic will span eight issues, with two being released each month starting this fall. The timing for this mini-series could not be more perfect. And the reason isn’t just because it marks the 30th anniversary of The Dark Knight Returns.

As I’m sure nearly everyone on the planet is aware, Batman Vs. Superman is releasing in theaters next year and we just witnessed the first trailer for the epic blockbuster. Given that the film takes inspiration from Frank Miller’s unforgettable story arc, The Dark Knight III: The Master Race is only going to further fuel the hype train leading into 2016. It goes without saying that we can not wait to get our hands on the finale later this year. We’ll be sure to keep you updated on any details that Miller or DC Comics feel like sharing over the coming months.