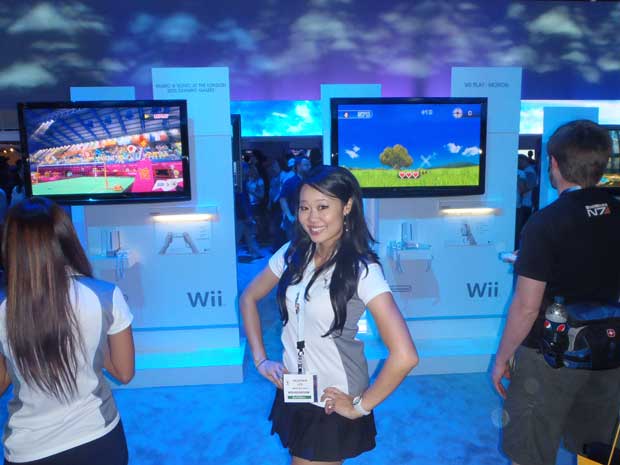 Day 2 of E3 2011 was awesome.  When I wasn’t busy playing demos and running to appointments, I was asking the prettiest booth babes to strike a pose, as you can tell, they dominate the images below.  Today I got to see live gameplay of the Elder Scrolls V with Todd Howard at the controls. After that Bethesda showed me Prey 2, which is probably the most surprising game of the show, for me.  I got hands on with Rage, Resident Evil Operation Raccoon City, Street Fighter x Tekken, Luigi’s Mansion 2, Super Mario 3D, Metal Gear Solid: Snake Eater, Kid Icarus, Resistance 3, Uncharted 3, Mario Kart 3D, Forza 4, Star Fox 3D, Assassin’s Creed: Revelations Multiplayer, and Payday: The Heist.