The latest news in the world of video games at Attack of the Fanboy
June 25th, 2015 by Kyle Hanson 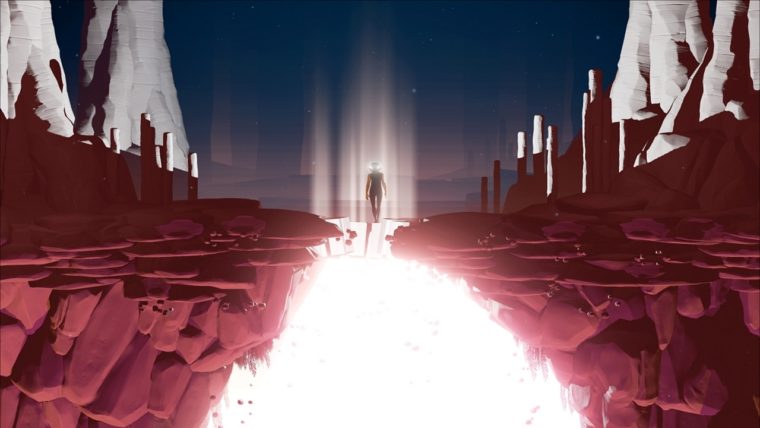 AAA titles take center stage at E3, but indie games just keep popping up to show the big guys how it’s done. ABZU, from 505 Games and developer Giant Squid, was at the show, presenting a unique take on underwater environments and controls. I got to try the game out, as well as chat with the Creative Director for ABZU, Matt Nava.

The game places you in the role of a random diver, exploring a massive underwater environment with little in the way of objectives, or hindrances. Players simply swim around, checking out the various plants, fish, and other undersea creatures. On your adventure you will have a purpose though, which has something to do with a giant great white shark.

In the short demo on display at E3 2015 I discovered an underwater robot that could help clear away debris and other blockages to my progress. I had a run in with the great white, which promptly destroyed said robot. And I generally just swam around, enjoying the amazing underwater controls, which include grabbing onto or swimming alongside the multitude of underwater creatures in the game.

Something I brought up in my interview with Nava was how ABZU totally nails water controls, which is one of those things that AAA developers have been struggling with for years. He explained that he was looking for a more free-form method of control, allowing the player to move around freely, without “pitch locking” them at all. This give players a better idea of the sense of freedom found while actually SCUBA diving.

To find out more about ABZU check out the interview below: