E3 2015: Beyond Eyes is What [email protected] is All About – Gameplay Demo Walkthrough and Impressions

The latest news in the world of video games at Attack of the Fanboy
June 26th, 2015 by Kyle Hanson 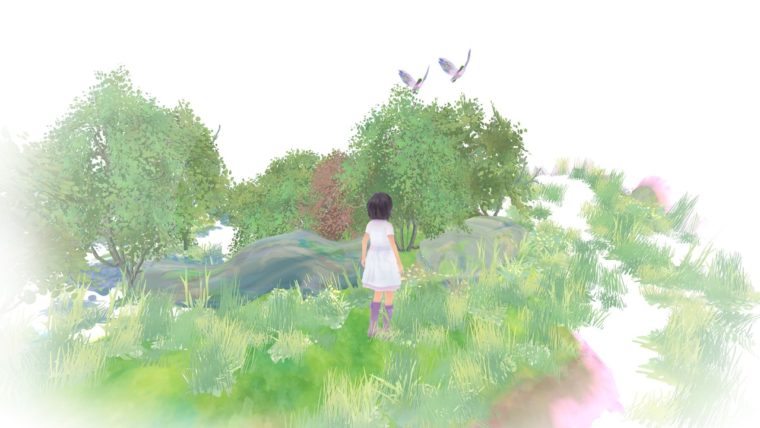 Every year at E3 Microsoft shows a sizzle real of upcoming indie games coming to Xbox thanks to the [email protected] program. The initiative finds up and coming indie game developers and helps them get their title released on the Xbox platform. This has resulted in some fantastic games, offering unique perspectives and gameplay mechanics, and it looks to do it once again with Beyond Eyes from Team17 and Tiger & Squid.

Beyond Eyes tells the story of Rae, a little girl who has been blinded by a traumatic accident. After the incident she becomes afraid of the world, withdrawing into her home and never leaving it. Unsure of herself and how to deal with the world around her, she finds salvation in the form of Nani, a cat that quickly becomes Rae’s only friend. However, when Nani goes missing Rae will have to venture out into the world that she has been so frightened of since her accident.

Playing as a blind character seems like something a video game couldn’t, wouldn’t, or possibly shouldn’t tackle. How can you convey to a sighted person the idea that their character cannot see the world around them? While speaking with the game’s creator Sherida Halatoe I found out what makes Beyond Eyes up to the task.

“It’s not meant to be a blind simulator, but I did want to do justice to the subject, as much as possible,” explained Halatoe. To research for the project Halatoe spoke with various institutes that represent blind people, and visited a museum where the experience of being blind is actually simulated.

“Everything is dark, so you get a guide who is blind. You walk into a room, how do you focus? There are all these sounds, how do you choose what to focus on? When you walk down the street, how do you know that there is a wall nearby? You can feel the sound bouncing off those sorts of things.”

That sound, and the other senses that can be used to understand the world, are the key to Beyond Eyes and how it works. Using a gorgeous water color art style, Rae’s world draws itself in around her as she senses it. So if the wind is blowing through a tree then she can “see” the tree, or if water is running nearby she might be able to tell that it is a fountain. 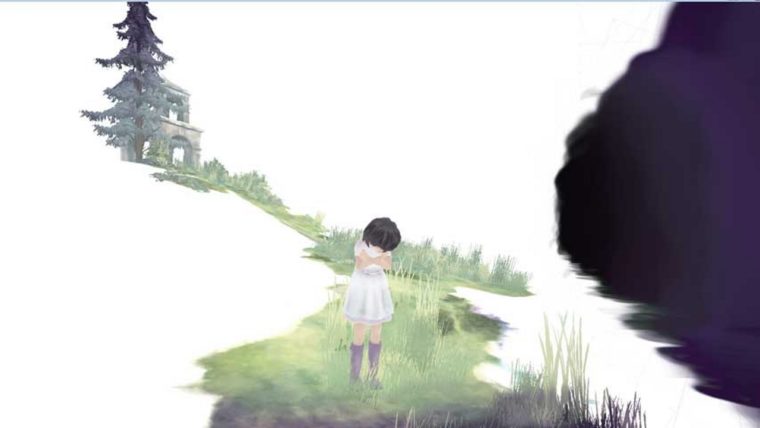 Most of the world that the player sees is a blank canvas, waiting for these sensory inputs to reach Rae and be translated into the world. One interesting element to the game is that everything is drawn in as Rae would imagine it, so if she’s seen a fountain before, then all fountains will appear like that original one. However, she might also think she hears a fountain, causing one to appear before the player, but once she gets closer and smells it she realizes that it is a sewer drain.

Instances like this form the crux of Beyond Eyes’ gameplay, allowing the player to present Rae with unknown scenarios in order to expand her understanding of the world around her. However, if the situation becomes too frightening she might withdraw into herself once more, causing a darkening of the world, and an overall feeling of dread to permeate the situation.

Likewise, if she runs into something especially troublesome or scary it might appear as a large, dark area. For example, in the gameplay demo I got to see, there was one area that put off a ton of sound, and appeared as a wall of dark, black smoke. Rae could hear a cacophony of noise, as well as smell a lot of very bad scents. As she moved closer you could sense the danger of the scenario, and see the uncertainty with which Rae was moving forward.

Eventually it became clear that the black wall was a road full of traffic. Cars whizzed by, creating so much sound and smell that Rae took a long time to even understand what she was sensing. The goal for the player was to figure out how to traverse an area full of fast moving objects, without being able to actually see them. Finding the beeping crosswalk was the salvation we were looking for, making the cars stop, which created a clear path through the smoke.

This is just one example of the challenges found within Beyond Eyes, which might not match up with the grandiose “save the world” narrative that we see in most video games. “Instead of having enemies, or any supernatural experiences, I wanted to create challenges that were more similar to what a blind person might face when they’re living their daily lives.”

Take that unique and interesting premise, combine it with a fantastic art style, and finish it off with an emotional tale of a blind girl trying to find her lost friend and you have Beyond Eyes, which hits PC and Xbox One some time this year.

Home / E3 / E3 2015: Beyond Eyes is What [email protected] is All About – Gameplay Demo Walkthrough and Impressions