Microsoft’s E3 2017 Xbox Event: Times And What To Expect

The latest news in the world of video games at Attack of the Fanboy
June 11th, 2017 by Jelani James 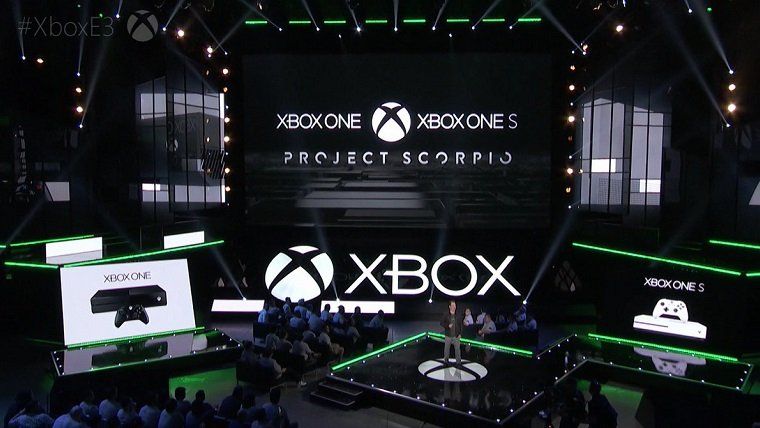 The big day has finally arrived for Microsoft: its highly anticipated E3 Press Conference. Later today (Sunday, June 11) at 2 p.m. PST / 5 p.m. EST, Microsoft will finally reveal to the world what they have been waiting for since it was noticeably absent at last year’s E3: Project Scorpio.

It should be no surprise that Microsoft has been losing to Sony in both power and sales in the console war, but this press conference could prove to be a major turning point for the company as it has more stuff to showcase this year than its prime competitor. And, of course, it will need to do this in order to overtake Sony which has been resting on its laurels ever since this current generation began.

That said, there are three categories of things that we should expect Microsoft to show off this year: Hardware (Scorpio), Games/Services and Pricing. The thing on everyone’s mind is what is currently known as Project Scorpio, and at this point, there is barely anything known about the Scorpio’s specs and capabilities that Microsoft has left to tell us.

Microsoft has made it a point to know long before the upcoming conference that the Scorpio is poised to be the most powerful console ever, leaving everything Sony has to offer in the dust. What’s more, we know that one of Microsoft’s primary goals for the Scorpio was for it to be able to run all current Xbox One games, which generally range in native resolution from 900p to 1080p, at their default frame rate but in 4K resolution.

Additionally, we know that the Scorpio was built with the hardware capabilities to support the high-end VR, due to an announcement from Phil Spencer at E3 2016. The company recently doubled down on that at GDC 2017, saying its working to bring mixed reality headsets to the Xbox One platform. Unfortunately, in a recent announcement, Microsoft revealed it’s primary focus is on mixed reality for Windows 10 PCs, so there is little reason to expect that the company to say anything about VR for its consoles during today’s press conference.

That said, there are still several things that Microsoft needs to showcase. First off, it will need to prove the upgrade to gameplay performance and presentation is worth the upgrade. Second, it will need to effectively showcase what 4K gaming looks like, especially if the console will feature 4K gaming by default like we’ve been led to believe. Lastly there are the bare minimum requirements that Microsoft will have to meet, such as name, design, release date and price (which will be covered later).

Microsoft, just like Sony, has been seeking out partnership deals with major developers in a bid to secure exclusive content for their consoles. And surprisingly enough, Microsoft has been doing a better job of it than Sony, but the problem is that many of those games have either missed the mark or got cancelled. As a result, Microsoft has often been left to compete against Sony (which still has some exclusive titles to speak of) with third-party games that are available on both systems.

The advent of the Scorpio is Microsoft’s chance to reverse those fortunes — if the new console is as impressive as it claims, the next step will be for the company to lure developers towards its system and produce worthwhile titles that can properly compete with Sony.

Microsoft’s [email protected] initiative means that indie games should already be covered. Now all that’s left is for past games that had been announced recently to come to get firm release dates and arrive. Leading the pack is Undead Labs’ State of Decay 2, the follow-up to 2013’s State of Decay, which was announced at E3 2016 and is scheduled for a 2017 release. In addition, there’s Studio MDHR’s Cuphead which is slated for a mid-2017 release. Lastly, there’s Fullbright’s timed Xbox exclusive, Tacoma. That title was announced several years ago and now would be the prime time for an update on its status.

As for first-party titles, Crackdown 3 and Forza Motorsport 7 are likely to be shown off this year (along with possible release dates), as is Rare’s multiplayer pirate adventure, Sea of Thieves. 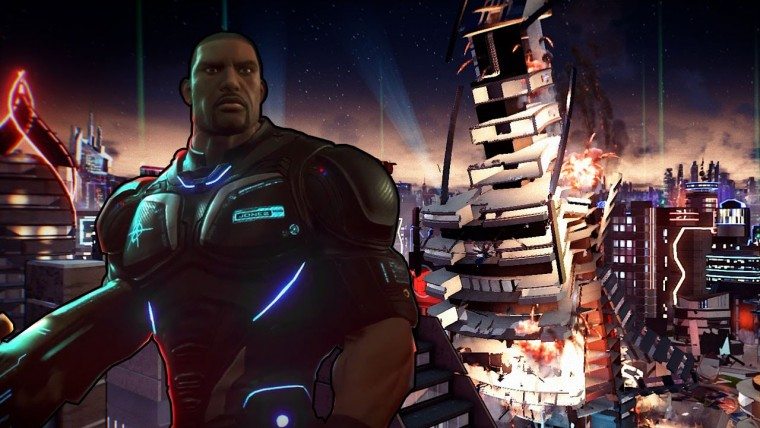 Third-party titles should also receive a special mention because they should look better on a Scorpio than any other system, hence incentivizing both players and developers to play/produce titles on Microsoft’s systems, rather than Sony. One title where we might see this play out is Middle-earth: Shadow of War, as Warner Bros. Interactive Entertainment had explicitly described an upcoming title supporting Scorpio (and PS4 Pro) upon its announcement. This would be an excellent time for Microsoft to show off what the game looks like in 4K resolution and emphasize that players won’t be getting the same experience elsewhere.

Lastly, there’s Microsoft’s Xbox Play Anywhere initiative. Since taking over the company’s gaming division three years ago, Phil Spencer has made it a goal to bring the Windows 10 and Xbox ecosystems closer together and the Scorpio will likely be the piece that ties everything together. We’ve already seen that Microsoft has little issue with making first-party titles such as Gears of War 4 and Forza Horizon 3 available on PC as part of the initiative and we’ve also seen third-party titles like Resident Evil 7 biohazard appear as part of the service as well. With Scorpio promising 4K resolution, it stands to reason that Microsoft would try to bring more third-party developers on board with initiative, as well as make more high-end PC games available on the console. If you’re going to have a console that can offer the same experience as a high-end PC, then you might as well have the same games available for both, right?

To be fair, price could arguably be packed into the hardware section earlier, but the importance of this aspect is incredibly hard to overstate.

With all of its purported features, including non-gaming ones such as the inclusion of a 4K Blu-ray drive, many have been left to wonder just how much the Scorpio will cost. As it stands, the most expensive console on the market is the PS4 Pro at $399.99 and Microsoft is now in the non-enviable position of figuring out a price for a console that can actually be competitive with its rivals while still remaining true to its specs.

The immediate assumption would be that Microsoft prices the Scorpio at $399 making it perfectly in-line with the PS4 Pro, but with the console’s specs considered, it feels like Microsoft would be just be underselling its tech and selling the console at a loss. Meanwhile, $449 would be an interesting proposition — it would come $50 higher than the PS4 Pro (which is fair considering the tech), yet $50 under the original price of the Xbox One. Considering Microsoft’s present situation and past decisions, this would be a good price point for the console, though the price is still an awkward one.

Everything considered, the price that makes the most sense for the Scorpio would be $499. This would make it the most expensive console on the market, but it would be still be worth it considering everything the console brings to the table. That said, pricing a console at $499 is what partially necessitated the need for the Scorpio to begin with, so Microsoft might be apprehensive (understandably) to do it again. Granted, unlike with the Xbox One, what the Scorpio offers would actually warrant the price.

There is no point in going beyond this price, as anything higher than that is pure suicide. $550 is an awkward price and $600 and above is pure insanity — Microsoft saw what happened to Sony and the PS3 when it debuted at this price and there is no way it would risk doing the same to itself in its current position.

E3 E3 2017 Microsoft Project Scorpio Xbox
You May Like