PlayStation’s Promise of Future Greatness Nets Them Another E3 Win 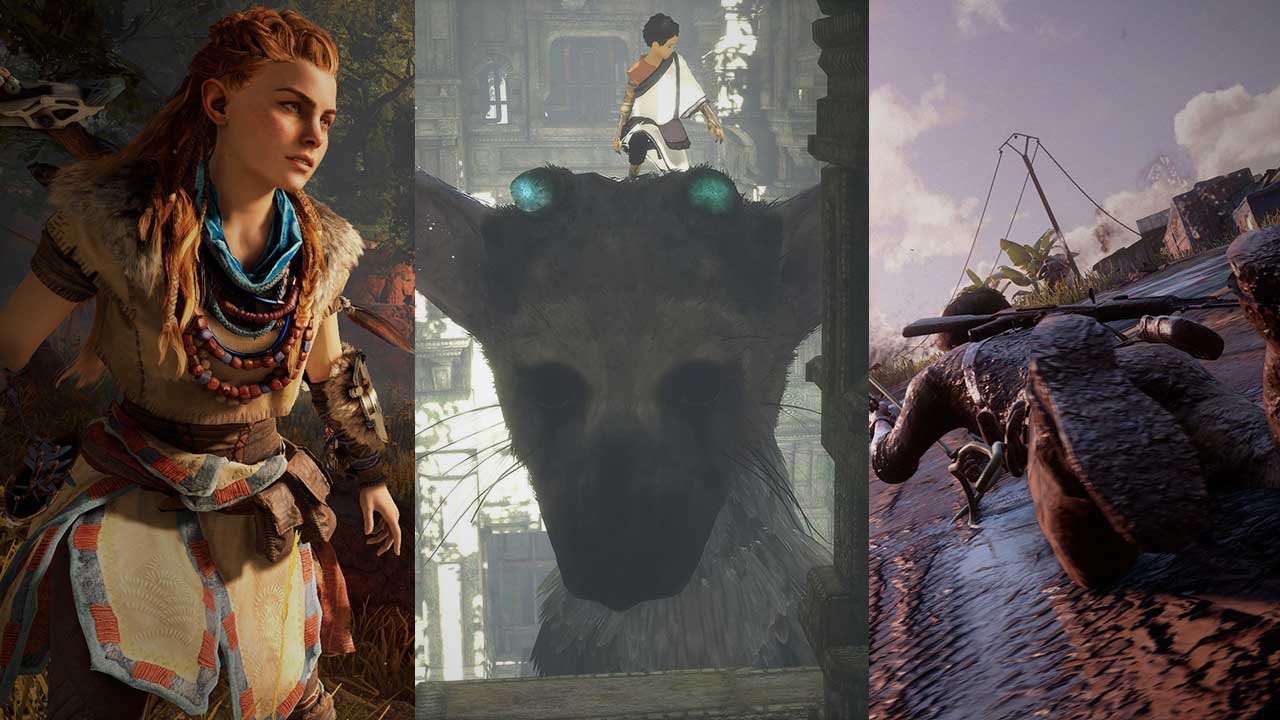 Ask anyone who attended or followed along with E3 2015 and you’ll probably get a similar response.  It was a great year for the convention, some say the best in many.  Platform holders, third-party publishers, and developers big and small, all had something for someone. We’ll play games differently in the future, and VR was there to sell that to the masses. Games big and small are being made, new ideas are being birthed and old ones being rehashed in grand fashion.  If E3 2015 proved anything, it’s that video games are being made for every taste, and most if not all of them that were shown are coming soon.

E3 is a platform for console makers to stand up on and convince the world why gamers should play on their systems.  Why else would Sony and Microsoft host such lavish showcases for their upcoming games and tech.  It’s a hard sell.  This is what we have, this is what’s on the way, these are the benefits, you need this.  It’s interesting to watch these strategies unfold.  It’s why we declare “winners” of E3.  Companies are competing for your dollar, and some just do a better job of convincing you why you should be excited to spend them.

Sony has knocked E3 out of the park for the last three years, while their competition has been staggering to get to their feet.  Though Sony’s promise has been forward looking, and two years into the PlayStation 4 life-cycle, it’s hard to argue that their own tagline of “Greatness Awaits” doesn’t still hold true.  But have they delivered thus far?  That’s debateable.  It depends on what you are judging them on.  Is it The Order?  Driveclub?  Is it exclusive DLC?  Is it games that have marginally better resolution?  I think for many it’s the potential that Sony has sold to consumers, and their previous track record of first party games.

This year Sony once again killed E3.  They announced a laundry list of games and features for the PlayStation 4 that sounded more like E3 fan-fiction than an actual press conference.  The first party spotlight was being shown on three titles that will be exclusive to the PlayStation 4.  We saw the trailers at the Sony E3 2015 Press Conference, but we also got a chance for a behind closed doors showing of Sony’s upcoming first party games that were announced to make you want a PlayStation 4.

Guerrilla Games has already had a crack at the PlayStation 4 when they released Killzone: Shadowfall to launch alongside the console in 2013.  One of the biggest new IP announcements from the show was their next project, Horizon: Zero Dawn.  Taking full advantage of the PlayStation 4 hardware, this beautiful third person action RPG was a far cry from Guerrilla’s work in the Killzone series.  Man no longer the dominant species, machines rule.  An interesting premise no doubt, and a beautiful demo that made you want to learn more about this world.  You will be waiting though.  No release date was given for the game, and I wouldn’t be surprised if we see this game again this time next year garnering awards as Sony builds their fall catalog for Fall ’16 and beyond.

What you didn’t see in the E3 trailer that we saw in our guided hands-off demo was more of an alternate take of what can happen in the world, as well as some of its systems.  Aloy, the human hunter from the demo and trailer was still hunting grazing machines, she still encountered the gargantuan Thunderjaw, but the developers used alternate methods to take down the massive robot, shooting off plates to expose alternate weak points.  Another point that was touched on was crafting in Horizon.  Aloy can use the materials that she gathers from hunting the machines to craft more weapons or sell these items.  Horizon left a strong first impression.  An interesting premise, beautiful graphics, exhibit A in Sony’s case for you to own a Playstation 4 in 2016 and beyond.

This year’s re-reveal of The Last Guardian is Sony’s make-good on a game that they first revealed back at E3 2009.  When the developer of Ico and Shadow of the Colossus announces that he’s making another game, people don’t tend to brush it under the rug when nothing comes of it. The response to the press conference trailer for The Last Guardian was incredibly positive, eventhough the game’s original vision from the 2009 announcement seems fully intact.

So what did we see behind closed doors?  Not much more, actually.  All we really have to go is what we’ve seen.  The relationship between the boy and Trico, the massive creature, seems be front and center.  It appears to be a puzzle-solving game that places the emphasis on the interaction between the two.  The question really is, can a game like this live up to six years of hype.  The Last Guardian is still pretty much a mystery, the only facet of which has been solved is the fact that it will release and is shooting for a 2016 window.

Uncharted 4’s Sony Press Conference Demo was OK, once they got whatever technical issues they encountered sorted out.  But the technical issues that popped up weren’t the thing that hindered the lastest showcase for Naughty Dog’s Uncharted 4: A Thief’s End.  It’s the segments of the game that they chose to show which made Uncharted 4 look incredibly bland, but their stage show wasn’t the best of A Thief’s End.  It’s what they chose to show in a hands-off demo of the game behind closed doors that did the job.

If you’re a PlayStation fan you probably saw the E3 demo.  It wasn’t bad.  It just wasn’t the normal Naughty Dog showing, the thing that gets people talking.  It wasn’t the controller dropping moment from The Last Of Us’ reveal.  Where the Press Conference Demo for Uncharted 4 left off, our demo continued.  Drake being pulled along through the water after crashing through the cliffhanger scaffolding.  What we saw after that was the Naughty Dog that we all know and love.  The cinematic camera angles, the larger than life action sequences, the true next gen experience that PS4 can deliver when put in the hands of one of their best first-party developers. Why they didn’t show this to everyone is still questionable in my mind.

The action of the second half to the Uncharted demo was an intense roller coaster ride, before coming to a screeching halt where we got to see up close and personal Nathan Drake trying to escape a burning vehicle.  Naughty Dog capped it all off with some series humor, and teaser into the next mission for Drake’s crew.  Again, another fantastic showing for Sony.  Again, coming in 2016.

You couldn’t help but look at Sony’s E3 presence and wish they had something of this stature coming this year.  All of the big guns for them had 2016 release dates attached.  Even their Project Morpheus Virtual Reality is something that will arrive…at a later date.  Sony’s most certainly looking to the future with their E3 line-up and confident that fans will wait.  Greatness Awaits has been their tagline, but we’ll have to wait until 2016 to see if it finally arrives.