How to Get Out of The Brig in Sea of Thieves

Getting out of jail in Sea of Thieves isn't easy. 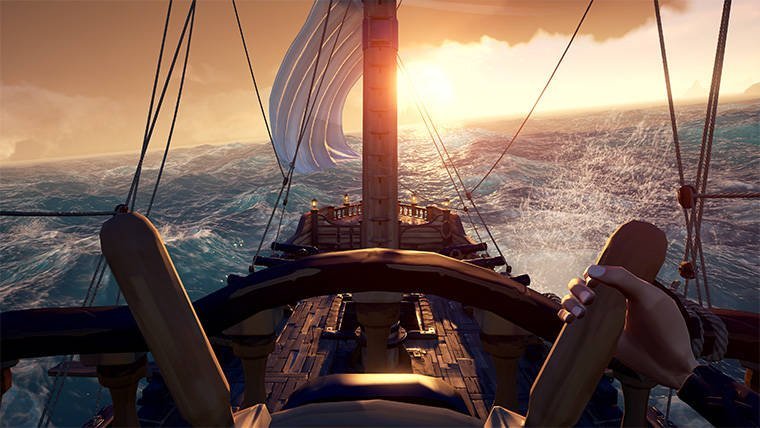 Other than walking being made to walk the plank, getting thrown into the brig is one of the worst punishments for a pirate at sea.  In Sea of Thieves, Rare has incorporated a gameplay aspect that allows players to vote other players into the brig, locking them in jail for as long as they wish.

So how do you get out the brig once you’re behind bars?  The simple answer is, you’ll have to plead with your crew mates to let you out.  Or, you could just quit the game.  The good news about being locked in the brig in Sea of Thieves is that you’ll still earn all the rewards that everyone on the ship earns if your party returns with treasure, but you’ll be doing it in the most boring fashion possible.

Right now there is no escape method or way in game to let yourself out of the brig as it was seemingly designed punish players who weren’t playing as a team.  Not everyone is using this power the way it was supposed to be used as many are using it as a griefing method for players they don’t like, and encounter in matchmaking.

You can try to plead your case with the in-game chat tools or you could try sending the party a message through Xbox Live. Unfortunately, if you can’t get the other players to vote you out of the brig, you’ll be there for as long as they want you to be unless you restart your game.

Hopefully there’s more that we’ll be able to add to this quick guide on getting out of the brig at a later date, because while the feature does serve its purpose there’s definitely the possibility for it to be abused by players to bully other players and ruin their experience, whether or not they were doing anything “wrong” in the eyes of their crew.