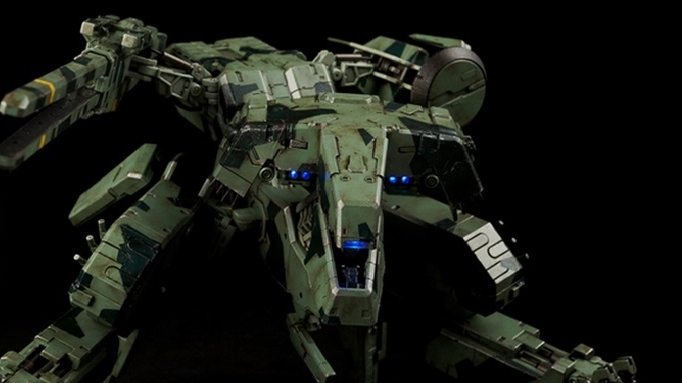 You ever want to display Metal Gear Rex in your living room shelf space? Well now you can, thanks to 3A’s release of the Metal Gear Solid, Metal Gear Rex collectible that is simply awesome.

As a fan of both collectibles, and Metal Gear Solid it is hurting me to not throw money at the screen right now, because I want to. Some fans might be like ‘Hey, didn’t 3A release a Metal Gear Rex figure already?’. Well right you are sir, but also really, can you ever have too much Metal Gear Rex? No. However, to answer your question they did, it is a re-release in a smaller, shelf-friendlier half-size version. Half-Size also equals half the price, so that also helps because this puppy will set you back $230. Yes, my wallet, it burns.

To make matters worse this surefire hot-ticket item is set to go on sale tomorrow and can pretty much only be pre-ordered at Bambaland, 3A’s official store. Unless you get lucky and one of their confirmed retailers have it when it finally releases later this year. Here are the dimensions for the figure.

Fans can expect the figure to hit sometime in May and includes free worldwide shipping. So be sure to pre-order it when it goes live tomorrow.