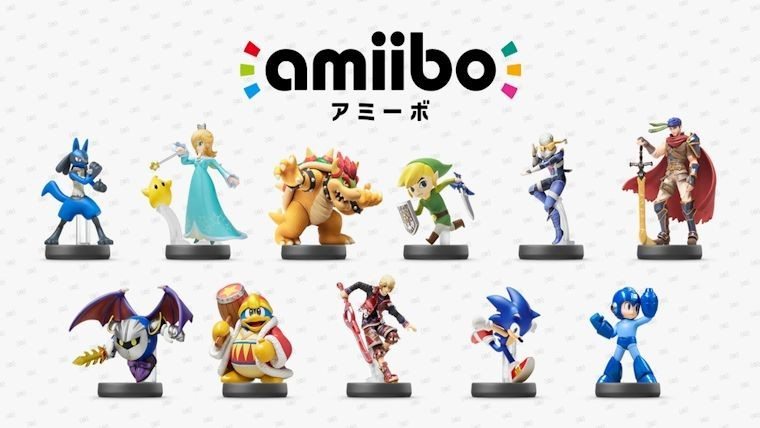 Last Friday was certainly a big day for amiibo releases, with a few retailers releasing the Wave 3B figures for the first time. However, Toys R Us was the only nationwide chain to offer all four of them in-store, with Walmart and Best Buy also getting Sonic in some cases. This week brings yet another big release day, though some of it overlaps with last week’s. However, this week brings the final exclusive of Wave 3 as well that many will be vying for.

The biggest amiibo release of the week is easily the aforementioned final exclusive, this time from Best Buy with Meta Knight. Best Buy has been rather questionable with amiibo in the past, with word that it may be worse than other retailers tomorrow as a result. Many on Reddit are reporting that their own Best Buy stores will not even bother with a ticketing system or limits, but hopefully individual stores will change their mind on this issue considering how popular amiibo are right now.

Joining Meta Knight at Best Buy this week are Mega Man, King Dedede, and Ike, in addition to the Sonic that released at some last week. Otherwise, Sonic may be available tomorrow if he was held back at your location. The worst part about Best Buy and the exclusive is that similar to Toys R Us and GameStop, a majority of the ones they get, if not all, could be attached to pre-orders done in-store or online for in-store pickup. Rosalina was very limited, but at least all that were there were available to those that lined up before hand. As a result, it it worth calling your local Best Buy to see if they can give you any answers, though it sounds like many Best Buy stores keep their stock info on these private.

If you plan on lining up for these new amiibo at Best Buy, just be prepared to go rather early and dress accordingly. I know it is much colder than usual here and we are even scheduled to have a wind chill of near 0 degrees in the morning. This cold snap around the country will certainly see how dedicated amiibo collectors really are. Hopefully it will at least keep away the scalpers as a result.

GameStop is also supposed to have Ike, King Dedede, Mega Man, and Sonic, but there is talk of delays there, so definitely check with your local GameStop on the phone for those first. Also, they can be sold as soon as they arrive with no street date, so there is not much point to go line up outside of the store tomorrow morning if they do not have them tonight at closing.

Technically, Walmart has a release date for Mega Man, King Dedede, and Ike for tomorrow, February 20, but that is doubtful based on their past releases. Wave 3A came later than expected, but you could always try after midnight to make sure they don’t have any.

Tomorrow should be the last big amiibo day for actual releases until March 20, outside of delays at some stores. Also keep an eye out for Wave 4 pre-orders as they should pop up sometime soon. Good luck yet again fellow amiibo hunters and make sure to let us know in the comments below what you are hoping to get tomorrow and if you end up being successful or not!