Where Are The Amiibo Wave 4 Pre-Orders?

The latest news in the world of video games at Attack of the Fanboy
February 27th, 2015 by Dean James 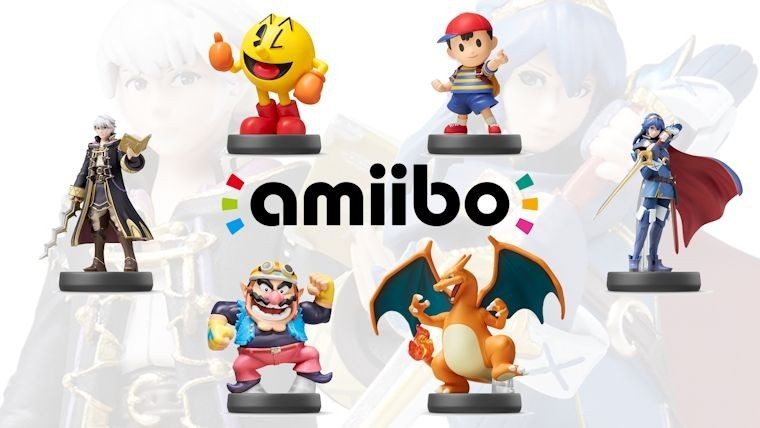 The phenomenon that are amiibo just keep continuing to grow and as a result are getting harder and harder to acquire. We’ve officially made it through the first three waves of Super Smash Bros. amiibo and have the first Super Mario line of amiibo coming next month. Wave four is also scheduled to come sometime this spring, but pre-orders are still seemingly missing for the US.

Nintendo officially revealed wave four during the latest Nintendo Direct back in January. The wave is set to feature Ness, Lucina, Robin, Pac-Man, Wario, and Charizard, so there are definitely some highly wanted characters that are bound to be very rare in the bunch. As a result, people have been clamoring to get their pre-orders in so that they can lock down this next round.

Retailers in numerous other regions started putting up their pre-orders for wave four multiple weeks ago, including Japan, Europe, and Australia. Upon these pre-orders going live, they sold out in mere minutes most of the time, especially when it involved Ness or Lucina. Based on the time period they have been up, it appears that those two will be the hardest to acquire, with Wario and Charizard likely being the easier to get of the bunch, though that isn’t saying much when it comes to amiibo.

The problem is that the US for some reason has yet to put up any pre-orders for any of these characters at a single major retailer, including Amazon, GameStop, Best Buy, Walmart, Toys R Us, or Target. These are the biggest amiibo retailers online in the US as a rule and yet no one has even hinted at when we may see pre-orders open. The only known place that has done anything was the entertainment store FYE, but those pre-orders were done of their own accord and in limited stores.

Canadian retailers have not gotten in on the fun yet either, so it really does seem like Nintendo of America are holding back for some reason. After the fiasco that was some of the recent waves and the Majora’s Mask New Nintendo 3DS, with many pre-orders being cancelled or delayed for long periods of time, it isn’t all that surprising that Nintendo of America is holding off. Also, with Satoru Iwata recently saying that the west coast port strike has been a cause of distributions issues, perhaps Nintendo of America was waiting for it to end, which luckily has seemingly happened this past week.

We even got the pre-order of the special exclusive Golden Mario yesterday from Walmart, which follows the pre-orders for the Super Mario line that we learned of the same day as wave four, with Toad in particular selling out very fast. However, those are coming out prior to the next Smash amiibo, so there is no huge surprise there.

Some amiibo collectors online have been starting to get worried that we may never see pre-orders for this wave in the US, but there is almost no way that would happen. This whole situation may be a pain for some retailers, but there is no reason someone like Amazon would not have a reason to do it.

If you absolutely cannot wait, you can always keep an eye out for plenty of the foreign websites, including the various Amazon sites around Europe or Japan. Some of those may require the use of a forwarding service, particularly Amazon Japan, so you will have to look further into that if you do so. There are also sites like Play-Asia or AmiAmi that have been putting them up sporadically. However, you will have to pay a premium for these, so it might be in your best interest to hold off.

With all of the interest for these pre-orders, stay tuned for any updates on when we may see the pre-orders or also when they go live. We will try to bring you the information as close to when they go up as we can, but also don’t forget to check out the various retailers at random and perhaps you may luck out as well.

Home / Game News / Where Are The Amiibo Wave 4 Pre-Orders?