The latest news in the world of video games at Attack of the Fanboy
March 28th, 2015 by Dean James 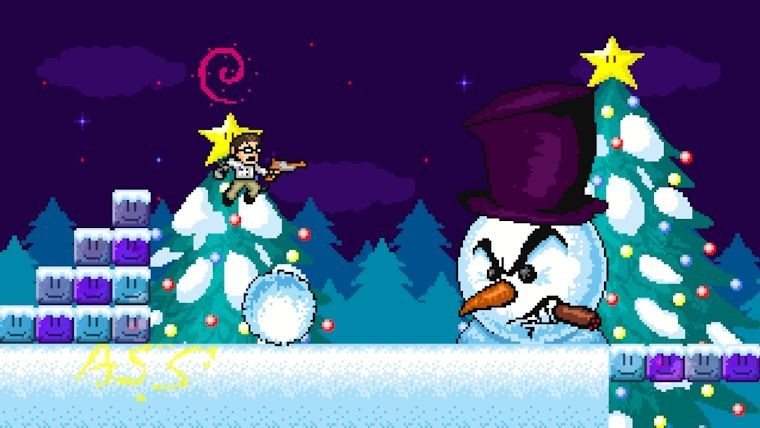 The very popular Angry Video Game Nerd has been around for about a decade now, as hard as that may be to believe, but the last couple years have been about as big as they get for James Rolfe himself. Last year saw the release of the Angry Video Game Nerd movie and the year before that he even had a video game released on PC about the character. We heard last summer that the game was going to be fittingly making its way to Nintendo platforms and we now have an official release date.

According to the official Nintendo website, Angry Video Game Nerd Adventures will be arriving for the Nintendo Wii U through the eShop next Thursday, April 2. No news of the also announced 3DS version has popped up on the website, so hopefully that one will still be coming in the future as well.

The Angry Video Game Nerd first started off as the Angry Nintendo Nerd, so it is very awesome that his own game will be making its way to a Nintendo console. Coming from FreakZone Gaming, the game is supposed to capture the difficulty of the many NES games he has ranted upon for years while utilizing many of the classic AVGN bits as well. As a major fan of James Rolfe, there is no doubt I’ll be picking this up next week from the eShop when it comes out.