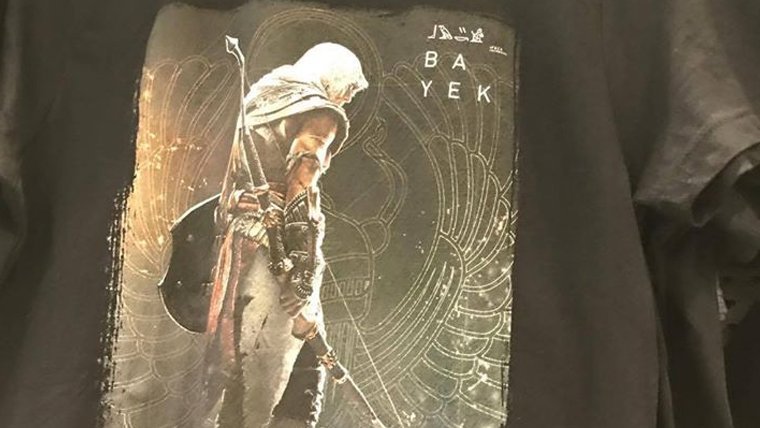 Less than a month away from a presumable announcement at E3, the image of the main character in Assassin’s Creed: Origins seems to have leaked through an official merchandise T-Shirt spotted at a GameStop store and shared via Reddit. The image confirms the rumored Ancient Egypt setting, and presents the next protagonist as a man called Ba Yek, who wears a primitive version of the classic assassin outfit, hoody included, and an arrow and shield as main weapons. 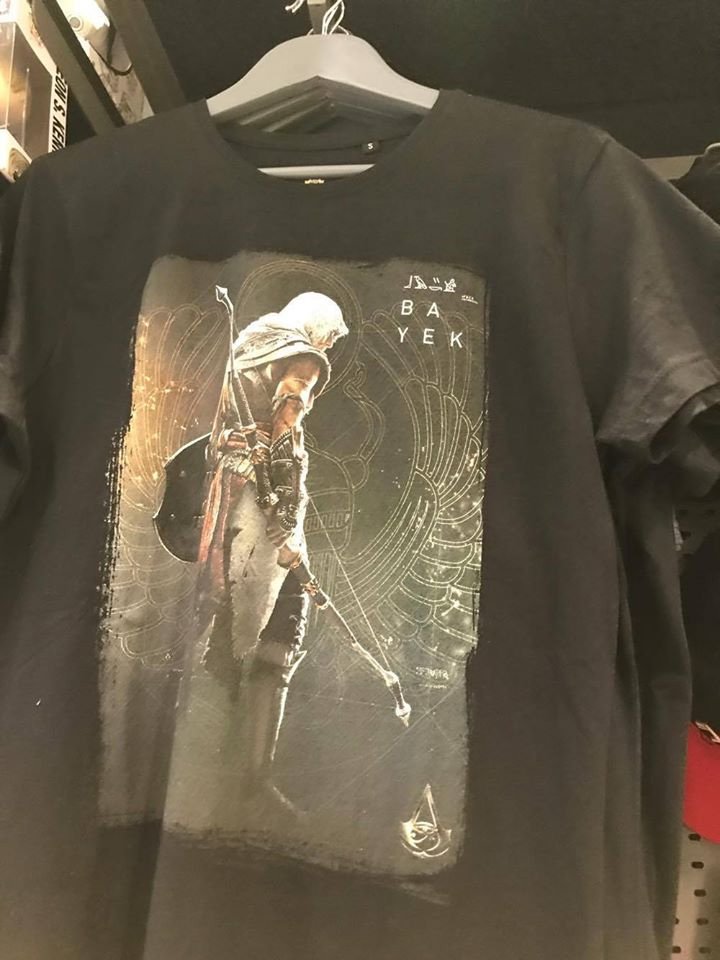 The images in the background specifically reference the Ancient Egypt civilization, with the logo of the new game even featuring the iconic Eye of Horus. A series of recent leaks have revealed that Ubisoft is planning to relaunch Assassin’s Creed with a new entry called ‘Origins’ which will be set in the Ancient Egypt, the time and the place where the first guild of assassins was formed. The game would have a much bigger scope than previous entries and it would allow players to navigate the Mediterranean Sea to visit other civilizations like Ancient Greece.

Assassin’s Creed: Origins is expected to be officially unvelied at this year’s E3 in only two weeks. Although considering Ubisoft is distributing official merchandise items already, we could get a first teaser even earlier.