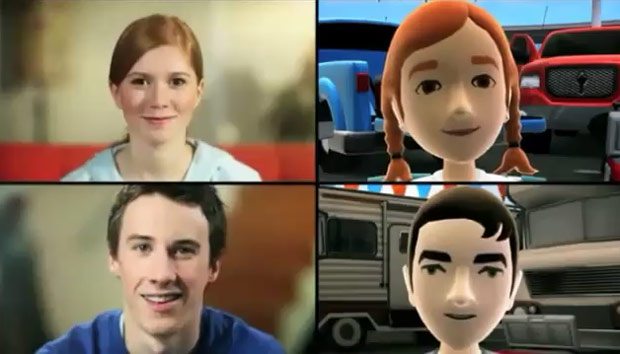 The previously leaked Avatar Kinect game that we talked about yesterday was finally revealed at CES on Wednesday night.  Through the Xbox Live based service, the Kinect will recognize your avatar’s facial features.  Thus meaning when your talk, or make movements with your eyebrows or mouth, you avatar will attempt to mimic you.

What type of functionality does this bring going forward?  Microsoft’s announcement didn’t really shed light on many practical applications of Avatar Kinect, but some imagery of avatars grouped together at cyber events and interacting with each other was shown to show it’s possibilities.

Avatar Kinect will be coming to the Xbox 360 as a feature of the Gold Membership package of Xbox Live.  And at this point it’s a your new virtual chatroom for avatars that will mimic your facial and body gestures.