The latest news in the world of video games at Attack of the Fanboy
March 8th, 2016 by Scott Grill 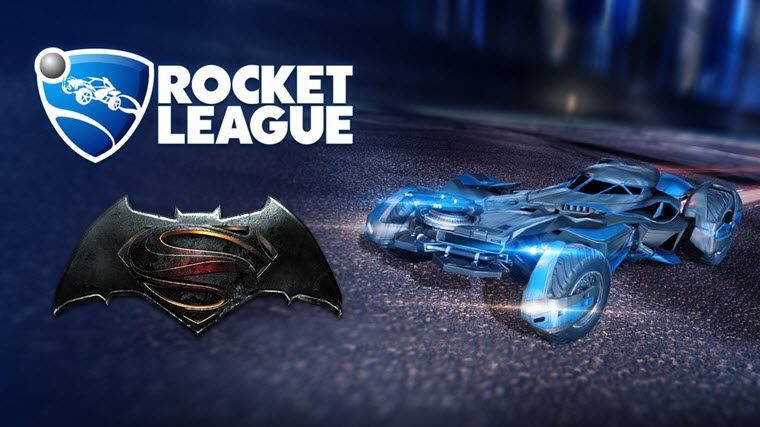 Rocket League received an update Monday evening to bring the PlayStation 4 and PC version up to version 1.15 while the Xbox One version received title updates two and three. The big takeaway from the patch is the addition of the Batmobile from Batman Vs Superman. However, the Xbox One received a number of bug fixes as well.

The Batman v Superman: Dawn of Justice Car Pack is now available to purchase and download across all platforms with this Rocket League patch. It comes with the Batmobile car plus antenna flags sporting Batman, Superman, and Wonder Woman logos.

Other than support for the Batmobile DLC, the patch adds a new automated camera option for Spectator Mode. The majority of the action is on the Xbox One side, however, where a new set of Community Flags were added for various gaming entities from Major Nelson to IGN.

Additionally, a host of new bug fixes were implemented to fix crashes and other issues with Rocket League on the Xbox One. Unfortunately, the new ranked divisions along with the ranking tweaks added to the PS4 and PC have not been added yet.

A Psyonix rep on Reddit reiterated that the studio plans to bring the Xbox One up to synch with the PS4 and PC around April. This title update was focused on bug fixes discovered since the game launched.

Here are the Rocket League patch notes applicable to all three platforms.

The following is the list of changes applicable only to the Xbox One.