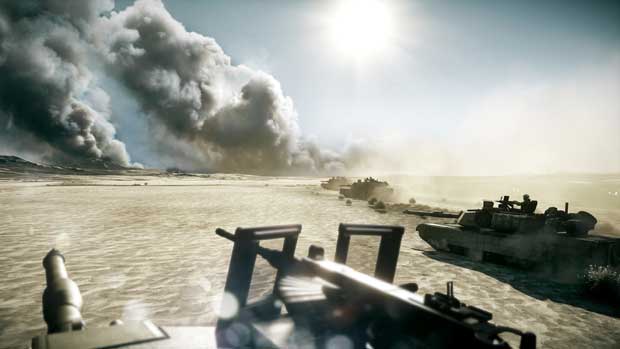 Not according to DICE it doesn’t.  It was announced months ago that Battlefield 3 would perform at 30 frames per second.  Though more recently, the developer clarified that the earlier comments have probably been miconstrued by console players that might not fully understand the gameplay sacrifices that need to be made to hit that 60 FPS benchmark number.  Karl Magnus Troedsson recently spoke in an interview where he clarified some of the myths behind this much talked about feature of Battlefield 3.

Troedsson told Examiner in a recent interview that “console gamers shouldn’t worry about this, this topic is discussed out of proportions.” ” For those tech-savvy enough to have looked into the actual resolution of their console games it won’t come as a surprise that a lot of console games today do not run at 1080p but rather 720p.  We’ve done this for our last games and we beleive that it can still look amazing” said the developer.

Troedsson went on to explain why this has been blown out of proportion.  “When people ask for 1080p they don’t see the compromises that would be needed to get there.  As for the frame-rate we’ve made a concious decision to stick with 30 FPS on console.  It’s not a technical problem with getting our game to run in 60 FPS but we do this in favour of the large amount of players, large scale maps, huge amount of vehicles, full-on destuction, and so on.”  He then also admitted that the pace of Battlefield is somewhat slower than “twitchy shooters” so the 30 FPS works in its favor, as you can see from their previous games like Bad Company 2.

While Troedsson makes a great argument for his game, there are definitely still people that think otherwise.  Sledgehammer Games, a co-developer for Call of Duty: Modern Warfare 3 recently went on the record when company manager Glen Schofield said he would be “scared” at a “game that wasn’t on the console and running at 60”.

Is it just a battle between games that has gone wrong?  Or is it something you care about in your game.  Leave your comments in the section below.