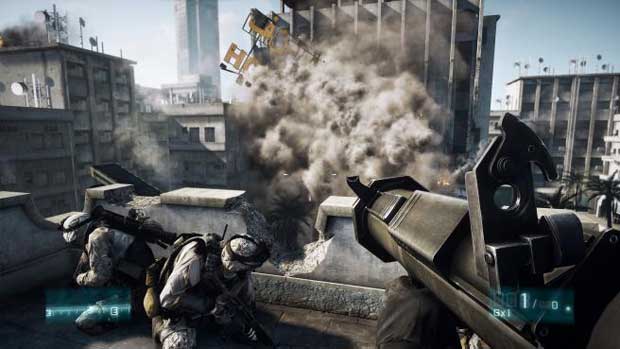 As was hinted at a few days ago, DICE will be revealing Battlefield 3 Multiplayer at E3.  The developer will show off multiplayer gameplay in its “Operation Metro” multiplayer map.  The map which involves both large-scale outdoor combat and closer more intimate battles sounds like a good choice to show the variety that the Battlefield games have always offered.

DICE won’t just be showing off multiplayer though.  They will be revealing new single player elements to the game as well.  In a recent post on the Battlefield blog, the developer went did just enough to work every Battlefield 3 fan into a frenzy when talking briefly about Co-op gameplay and the new Team Deathmatch modes that will be coming to the game, although not to be seen at the convention.

One other highpoint that the company noted, is the inclusion of a Call of Duty: Elite like service added into the game at a price point that is a whopping total of zero dollars.  How equivalent the two services are in their free elements is yet to be seen.  But Free definitely has a nice ring to it.