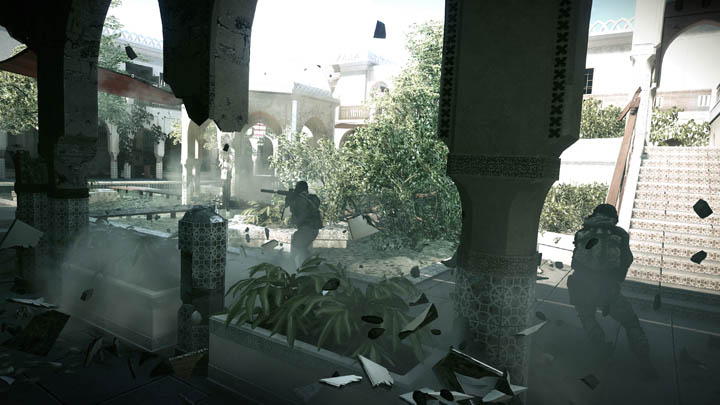 DICE’s step-in lead, Patrick Bach, has made new claims that problems facing the PS3 version of Battlefield 3 should be fixed by the time that the Close Quarters expansion arrives on the console.  In a recent interview with CVG, Bach explained that the developer is still looking into fixing the problems that have plagued Battlefield 3 on PS3 for the six months since launch.

“Input lag has been really hard for us to fix,” said Bach.  “In the Close Quarters expansion pack we’re actually fixing it… I didn’t want to bring it up as a feature, but we are improving it quite significantly, and hopefully players who have felt it before will feel the difference, that it feels much snappier and gives better feedback, so we’re definitely listening.”

Another big problem that the PS3 has faced since launch is in its VOIP chat functionality.  DICE is fixing that as well.  “We’ve been working on it and I think we’ll probably have the perfect solution very, very soon.  It’s very hard to fix between the combination of the built-in systems, and it’s not that easy to make it a priority over everything else because it will affect the rest of the game.”

So when can we expect these updates to roll-out?   The Close Quarters DLC is listed for a June release, where PS3 players will be seeing the content before Xbox 360 and PC players.  Lets hope DICE launches that update with a little headstart on the DLC, just in-case things don’t go as smoothly as anticipated.