The Best Cosplay from PAX South 2015

The latest news in the world of video games at Attack of the Fanboy
January 26th, 2015 by Kyle Hanson 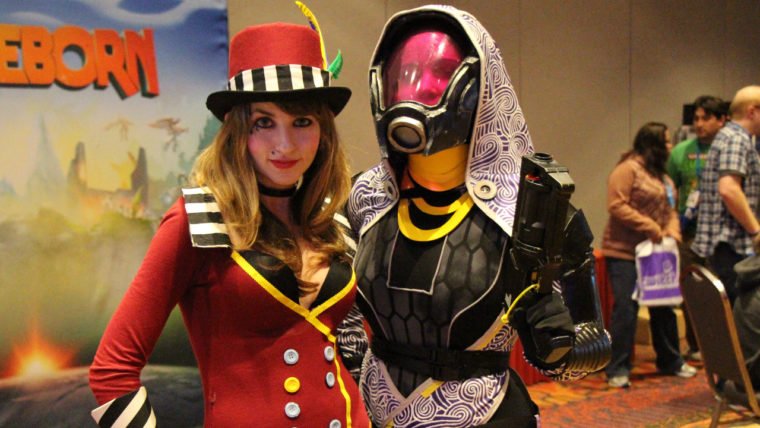 There are a lot of reasons to go to a gaming convention like PAX South 2015. The cool, unreleased games, the developers and producers standing by to answer your pressing questions, and the crowd of like-minded people all heading to the same place just to share in the fun. But by far one of the more fun aspects that has formed in the last few years is the rise in popularity of Cosplay.

Costumed individuals wander the show floor and convention hall, showing off their hard work and sharing their love for their favorite games. PAX South 2015 had an abundance of cosplayers from all walks of life, coming together to create a great atmosphere for gamers and fans of pretty much anything geeky. We were there snapping pictures of the best we could find, and have reported back with over 60 pictures for you to check out.

Everything from Attack on Titan to The Legends of Zelda, League of Legends to Mega Man, if you are a fan of something then there was probably someone there dressed up as a character from that property. The work these people have put into their costumes is truly extraordinary, and then they have to actually wear it around the convention all day making for an even more difficult experience. But all of that work certainly paid off as these pictures will hopefully demonstrate.