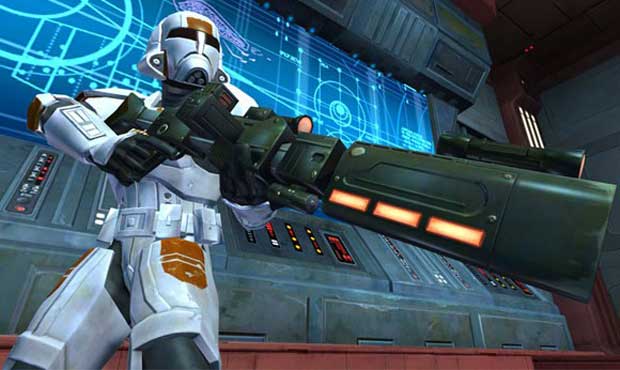 Bioware has big plans for their upcoming MMO, Star Wars: The Old Republic (SWTOR).  The studio declared at SDCC in a panel held for the game, that it will last players decades of game time.  James Ohlen who spoke at the panel claimed that the MMO would ship 19 major worlds, accompanied by a large number of minor worlds that will keep the players busy for some time to come.

In response to a fan question, Ohlen stated that their intention for Star Wars: The Old Republic is to give players an experience that will last for decades.  He also stated that Bioware will be actively adding more galaxies to the map as the game progresses forward and evolves.

“We want to add dozens of worlds,” said Ohlen. “Hundreds of worlds eventually. In 2025, we’ll hopefully have 500 worlds.”

If there’s one thing you can say about the development team behind The Old Republic, it’s that they have high hopes for the game.  2025?  That’s a solid decade and a half.  From what we’ve seen so far of the game, it certainly shows promise, but it will likely need to evolve greatly to keep pace with the pack if it plans to last that long.  World of Warcraft has done half of that, but as you can tell, they’ve recently gone on the record to talk about subscriber numbers that have been less than expected as of recently no matter how many expansions they choose to put out.