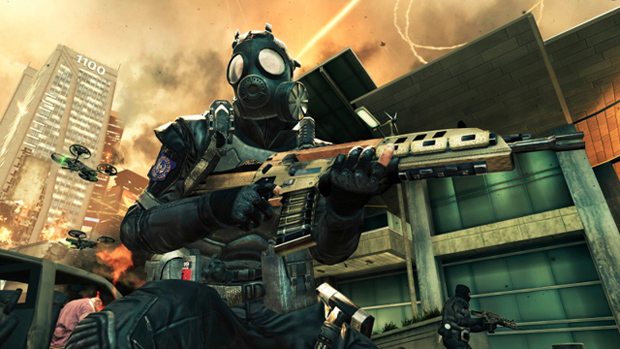 Activision has tapped the musical resources of Trent Reznor for this November’s release of Call of Duty: Black Ops II. According to a report from USA Today, Treyarch was looking for something “dark, conflicted, bold, original and engaging”, and those qualities led the developer to choose Reznor as a “perfect” fit for Black Ops II.

Reznor is handling the theme song only, and its described as “guitar, bass and drums rock.” Reznor has collaborated with other video game developers in the past, having worked on titles like Quake and Doom 3 with id Software. The Nine Inch Nails frontman claims to have been following the Call of Duty franchise for some time.

Reznor’s theme song for Black Ops II will compliment Jack Wall’s composition for the rest of the game’s music, and interview about the creative process can be found over on USA Today. Call of Duty: Black Ops II is set for a November 13th release on the PlayStation 3, Xbox 360, and PC.