The latest news in the world of video games at Attack of the Fanboy
July 3rd, 2017 by Jose Belmonte 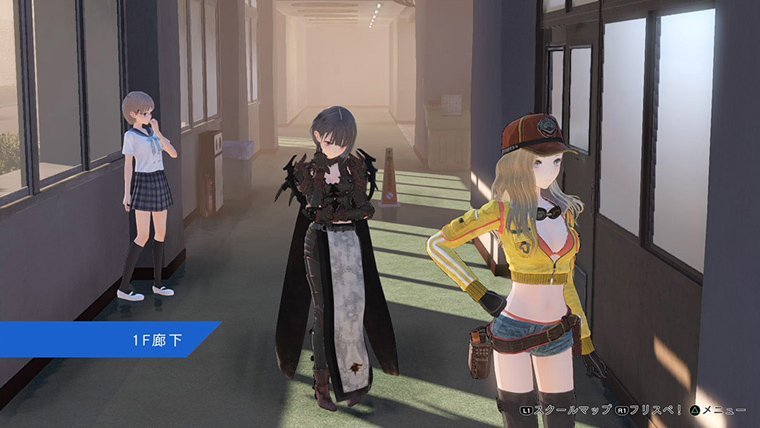 Gust has revealed the DLC costumes inspired on Final Fantasy XV that will be released for the RPG Blue Reflection. The outfits will allow main characters Hinako Shirai and Kaori Mitsui to dress up as the dragoon knight Aranea and the mechanic Cindy, in a very faifthful recreation of the original designs from Square Enix’s game.

The DLC will launch in Japan on July 10, and will remain as a free download until January 8. Blue Reflection is set to be released in North America an Europe on September for PS4 and PC, so it might be possible that the DLC becomes available outside of Japan as well.

Blue Reflection is a Japanese RPG in which players take control of Hinaki Shirai, a ballet dancer who uses her talent in battles to fight monsters. The gameplay has the player assisting high school classes and exploring another world where they engage in turn-based battles. It is part of the “Beautiful Girls Festival” by Gust, also formed by Atelier Firis and Nights of Azure 2.