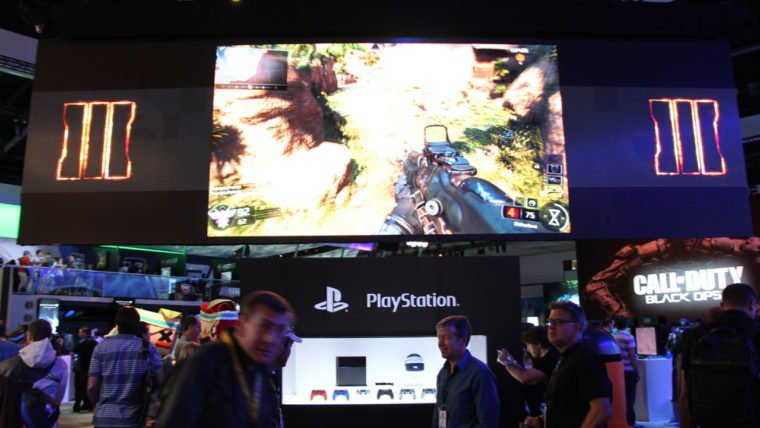 Up until very recently all Call of Duty marketing was done with Microsoft. This was due to an exclusivity agreement, which gave Xbox gamers first crack at new DLC. This has ended with the latest entry, Call of Duty: Black Ops 3 though, and E3 2015 is showing the results.

On the show floor Call of Duty: Black Ops 3 has a huge presence at the Sony PlayStation booth, and nothing at the Xbox booth. As you can see in the picture above, CoD: Black Ops 3 takes up as much space as some first party titles.

This, of course, is due to the shifting of DLC exclusivity from Xbox to PlayStation, with PS4 owners looking to get Call of Duty: Black Ops 3 DLC up to a month early.

It’s amazing how quickly this change took place, only a day ago there was nothing but rumors that the deal had been made, and now E3 2015 shows the consequences.

Microsoft has said that they aren’t concerned about the change in DLC exclusivity, but with Sony making such a big push for the game, maybe they should be.

All it will take is the general gaming community to associate Call of Duty with PS4 to start to change the sales trends we’ve seen over the last few years.