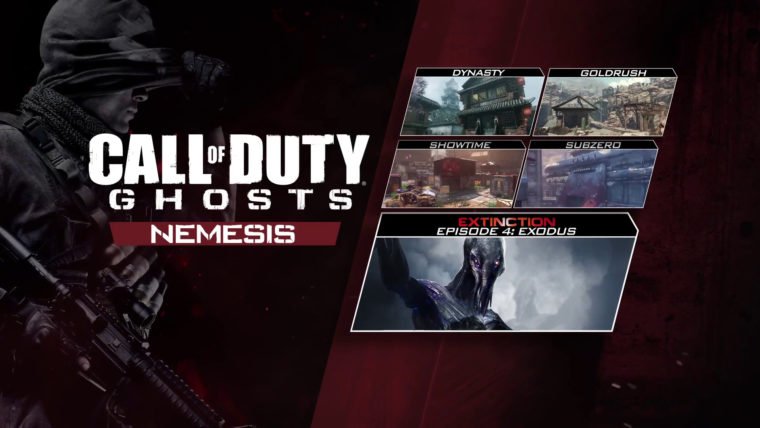 After a quick tease yesterday Call of Duty: Ghosts Nemesis, the fourth and final DLC pack, has been fully unveiled. The pack comes with four new maps and the conclusion of Extinction’s four part story with Episode 4: Exodus. The DLC will become available first exclusively on Xbox Live on August 5th, with other platforms following at an unannounced date.

To find out more about what Call of Duty: Ghosts Nemesis contains you can check out the video below, or read the descriptions provided by Activision.