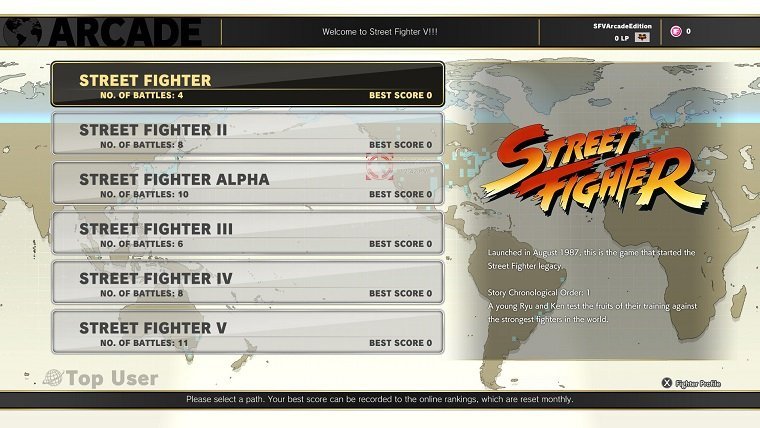 At the end of every battle in arcade mode, players will be offered a choice of which opponent will they face next, with more points awarded to those brave enough to take on the strongest enemies. Some paths even feature a bonus stage in which players need to destroy 20 barrels that drop from the ceiling, with an IA character keeping them in the center of the screen. A special reward awaits to those who spend the effort in mastering the arcade mode, as a set of more than 200 illustrations await to those who reach the end of each path, with some of them only appearing under certain conditions, like completing the Bonus Stage with a “Perfect” score. Luckily, the conditions for each image will be specified in the Gallery section. You can check out some screenshots of the mode in Capcom’s Blog.

Aside of the arcade mode, the new update will implement several gameplay changes, like the addition of a second V-Trigger attack for all characters.

Street Fighter: Arcade Edition launches January 16, 2018 for PS4 and PC. The free update for the original version will be released on the same day.