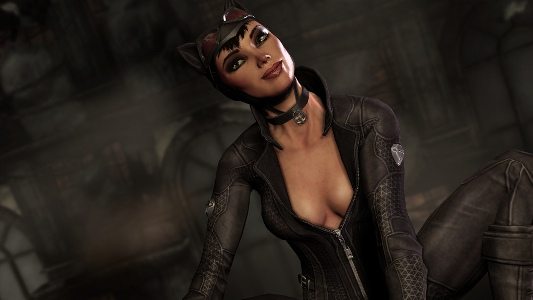 It looks like you’ll have a wide array of signature moves at your disposal: Her whip, grappling hook, and claws being the most notable.  She won’t have all of the same tools at her disposal to traverse the city as Batman.  But, her climbing abilities are sure to come in handy when navigating the streets of Gotham.