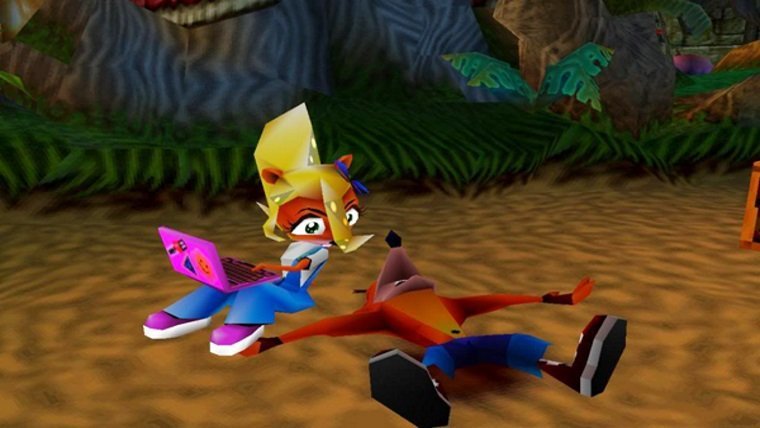 The Crash Bandicoot N. Sane Trilogy already looked like a fantastic reimagining of the original PS1 classics. Developer Vicarious Visions worked hard to recreate all three games, paying close attention to every detail to ensure complete accuracy. They are still willing to add in some cool new stuff though, as evidenced by the revelation that Crash’s little sister Coco will be a playable character throughout all three games.

They revealed this to us at a pre-E3 meeting where we got to check out the game in action. Coco was the star of the presentation, representing a big change from the PS1 games.

The character of Coco didn’t even get introduced to the Crash Bandicoot series until the second game. She was then playable in Crash 3, but only in specific levels, usually focused around a vehicle of some sort. Now though you’ll be able to play as Coco throughout every level for all the games featured in the N. Sane Trilogy.

You won’t be able to swap at will, instead you will choose to start a level as either Crash or Coco. Coco will be unlocked partway through the campaign of Crash 1 and 2, and will be available from the start for 3. With the news of an additional character in a platformer many might worry about a Sonic situation, where players would rather avoid the additional character. That won’t be the case for Coco in Crash Bandicoot N. Sane Trilogy though.

The team worked hard to make sure that Coco controlled and played exactly like Crash. That’s not to say this is a simple cosmetic swap. Coco will have her own animations, including idles and deaths. She also plays differently in spirit, with her sassy attitude seeping into all aspects of the presentation. However, controls are still the exact same, and Coco will jump and move with the same precision and speed as her big brother.

Even with that, the team was aware that there are purists out there, and the game caters to them as well. Coco is totally optional as a playable character. If you want the unaltered Crash Bandicoot experience then you can just ignore her and play the game as you wish. From what we saw though, she seems like a great addition, with some fun animations that fans will enjoy.