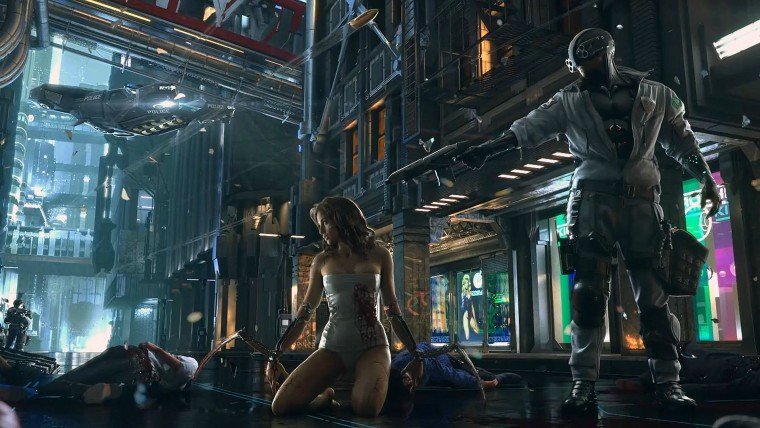 It’s been a while since we heard about CD Projekt Red’s upcoming game, Cyberpunk 2077, and unfortunately the news isn’t good — the internal files for the title have been stolen by thieves and are being held for ransom.

In a tweet earlier today, the Polish developer revealed the news, going on to say that it will not give in to the demands laid out by “an unidentified individual or individuals” with access to early design documents for Cyberpunk 2077. “We will not be giving in to the demands,” the company said, “which might eventually lead to the files being published online.” The the full statement can be found below:

“An unidentified individual or individuals have just informed us they are in possession of a few internal files belonging to CD PROJEKT RED. Among them are documents connected to early designs for the upcoming game, Cyberpunk 2077.

A demand for ransom has been made, saying that should we not comply, the files will be released to the general public. We will not be giving in to demands of the individual or individuals that have contacted us, which might eventually lead to the files being published online. The appropriate legal authorities will be informed about the situation.

The documents are old and largely unrepresentative of the current vision for the game. Still, if you’re looking forward to playing Cyberpunk 2077, it would be best for you to avoid any information not coming directly from CD PROJEKT RED.

When the time is right, you will hear about Cyberpunk 2077 from us — officially.”

This is an unfortunate turn of events, but it isn’t a wholly terrible one. As mentioned in the statement, the documents that were stolen are all relatively old and not representative of the game’s current state. Therefore, if these documents are released it’s unlikely to be too much of a spoiler for anyone looking forward to the game. Furthermore, CD Projekt Red does have the option of simply releasing early concepts to mitigate some damage. In any case, since the company has stated that it won’t be paying the ransom, expect to see leaked information about Cyberpunk 2077 in the near future — just know that it won’t be accurate.

In the meantime, CD Projekt Red has yet to announce a release date for Cyberpunk 2077. The company has promised we’ll hear more about the game “when the time is right.”