Get Your Dance On in SOCOM 4 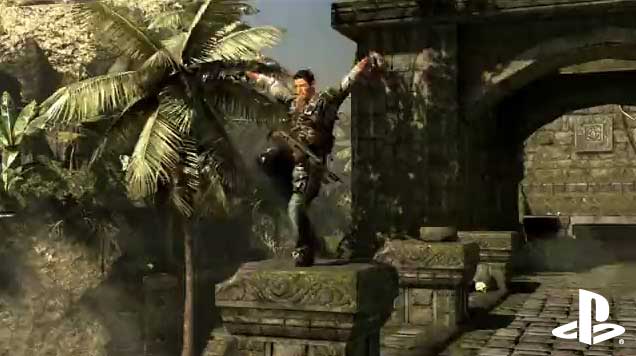 There’s always a healthy amount of trash talking that occurs in competitive video games.  The inclusion of a taunt button is something that has found its way into many of today’s games, and even if there isn’t an official taunt button, there’s always the universal sign of squatting on a fallen enemy’s face until you are killed.  SOCOM 4 is going to go with the former and give gamers the option to do victory dances.

Triggered by pressing the circle button while standing over a fallen enemy, there are more than a dozen included in the game.   The video below will show you a few of them…briefly.

The Chicken
Sure to be a hit with fans of Arrested Development, your soldier makes chicken wings with his arms and waves them up and down, bobs his head forward and backward and digs at the dirt with his foot.

The Robot
Essentially an over-exaggerated version of what it looks like every time C3PO talks.

The Crane
Exactly like Daniel-san’s finishing move from The Karate Kid, the soldier raises both hands into the air, lefts one knee up slowly and then quickly high kicks with the other leg.

Home / Game News / Get Your Dance On in SOCOM 4