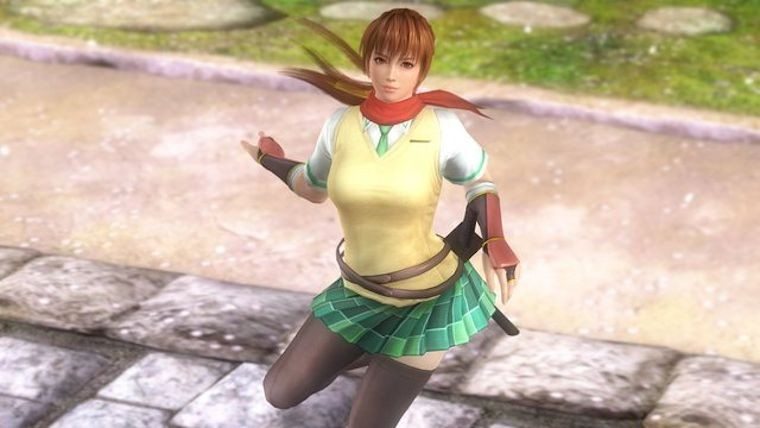 Dead or Alive 5: Last Round arrived last month as what is supposed to be the final chapter in the Dead or Alive 5 series of releases. Bringing the franchise to current-gen consoles for the first time, Dead or Alive looked better than ever. However, Team Ninja is not done providing new content for the game, as not only are they bringing us new costumes in a team-up with another game series, but also a brand new feature to the series for the first time with these costumes.

Coming March 26 in Japan, a set of 16 different Senran Kagura based costumes for a number of the girls in Dead or Alive 5: Last Round will be coming to all console versions. However, the PlayStation 4 and Xbox One versions of the game will be getting something very special and new to the series, destructible costumes. This is a mainstay of the Senran Kagura series and it’s surprising that it hasn’t come to DOA by now. It is easy to imagine that this might be a first step towards seeing this feature in Dead or Alive 6, especially if it is very well received here in this limited release.

No US release date has been revealed for these costumes, but there is little doubt they will make their way West, even with the tie-in game not coming for awhile here.