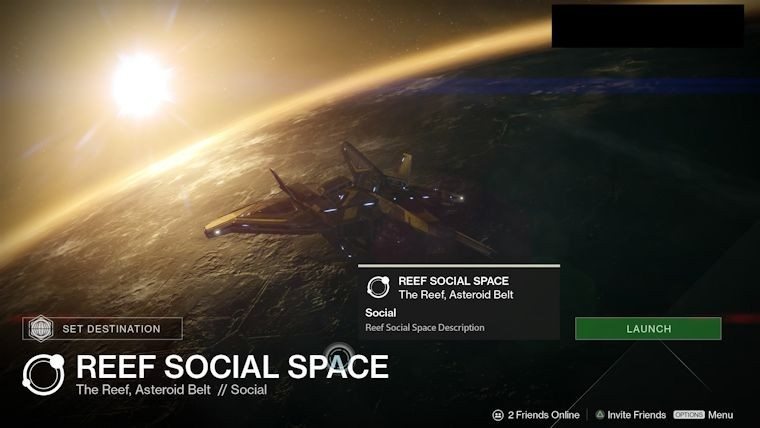 Destiny saw the release of the extremely underwhelming The Dark Below back in December, but gamers have much higher hopes for the upcoming House of Wolves expansion that still has no release date. Bungie has said they have learned from the previous DLC, so any news about what we may see in House of Wolves is major news. They have not revealed any new details officially, but the person who previously datamined the game to find hidden information has done it yet again, which has unveiled a bevy of new information.

The Reddit user megamanexe64 is at it again with new information that became available as soon as the 1.1.1. update went live yesterday for Destiny. Within this update, he found images of numerous different pieces that will make up House of Wolves. The first is that of a Reef Social Space, with an image of the launch screen shown above and it on the map itself.

Two new Crucible types are also coming that are PvP, known as Inferno Rumble and Inferno Skirmish respectively. That is not all, as the leak also revealed one new Quest and one new Strike. The new Quest appears to be Level 30, while the Strike is Level 28, with both appearing to be set in the Ocean of Storms on the Moon.

Bungie will probably reveal more details officially in the coming weeks, but for now this is all we have. Make sure to check out the full gallery above for all of the leaked images.