Did Nintendo Patent A Controller For The NX Console? 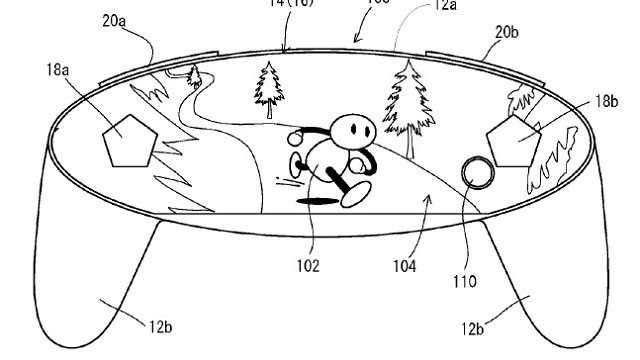 Nintendo recently filed a patent for an interesting looking controller. This controller could be a template for what the company plans to use for the Nintendo NX console.

Bear in mind, the patent may not be indicative of the actual Nintendo NX console controller, but it gives us an idea on what the company is planning thus far. The controller may look different to the ones we’ve seen from Sony and Microsoft.

It appears the controller could have a touch screen again, and some analog sticks to go along with it. The buttons will all be touch-based much like how it is on mobile devices from the sounds of things.

Each developer could configure the buttons in various ways to suit the needs of their game. For example, the buttons might be placed differently if you are playing a fighting game compared to a driving one.

It looks the Nintendo NX controller could also have shoulder buttons, a gyroscope and slots of memory card as well. In either case, it looks very unorthodox. This might be the approach Nintendo needs to stand out from the PS4 and Xbox One.

Nintendo needs to market the NX so that more gamers buy it. The Wii U’s marketing was a bit off because casual buyers thought it was an add-on to the original Wii instead of a legit new console.

Home / Game News / Did Nintendo Patent A Controller For The NX Console?