Which is better: Feet or Fists? 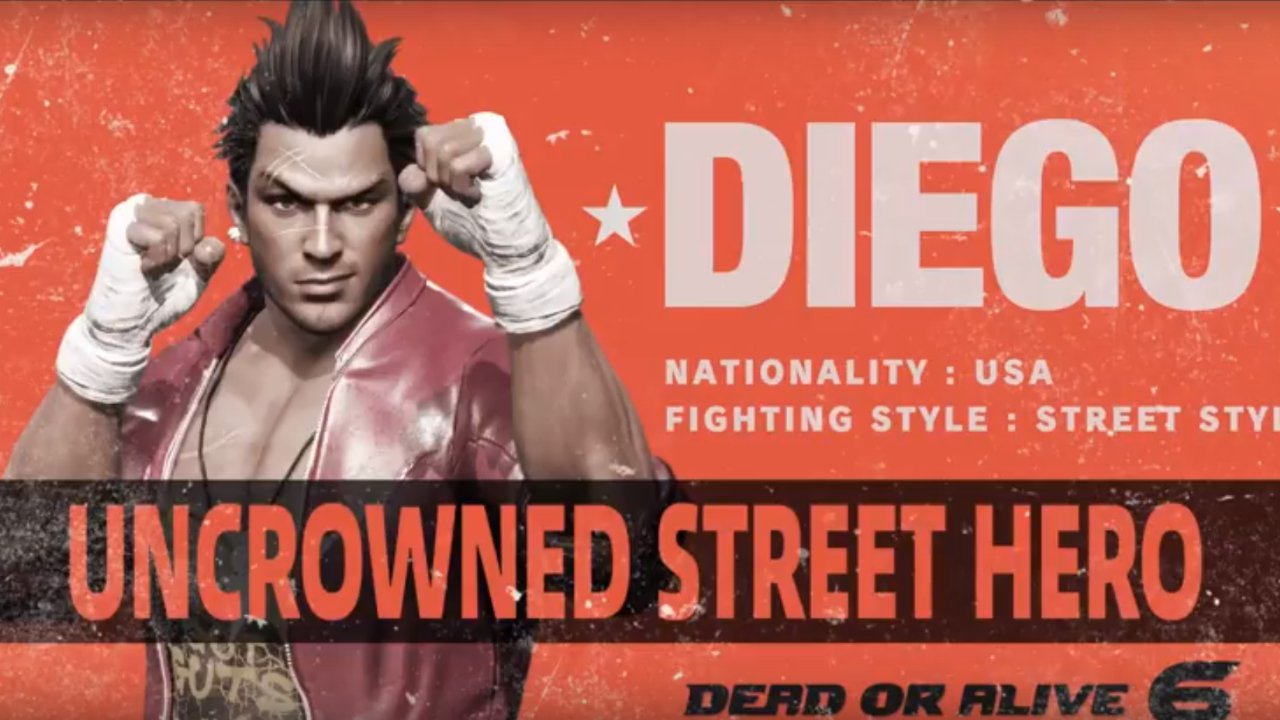 Dead or Alive 6’s roster of fighters has grown by two today with the announced addition of Rig and Diego. As longtime fans of the series should recognize Rig as the antagonist of Dead or Alive 5, a role the taekwondo master will be filling this time around too. Diego, on the other hand, is a brand new fighter who will be entering the ring in opposition to Rig.

As his name might imply, Rig was originally an oil platform worker before becoming a menace to the world’s top martial artists. His kick-centric style is back in Dead or Alive 6, but it’s been augmented to incorporate more acrobatics into his movements. Diego on the other hand, known as the “uncrowned street hero,” is an out and out brawler. Diego is pitched as lifelong street fighter who got his first taste of hand-to-hand combat when he was still a young boy trying to support his sick mother. As a true street brawler, Diego uses everything available to him. His move set is filled with strong actions like tackles and headbutts, whatever it takes to bring down his opponents.

Dead or Alive 6 will be, for the first time, made available for fans to try out at Evo 2018. This build of the game will include both Diego and Rig in addition to the other six fighters and features already announced. In addition to bringing the game to Evo, Koei-Tecmo will also give attendees who try the game a chance to win some Dead or Alive gear.