Free games for subscribers and a digital storefront for gaming chat service. 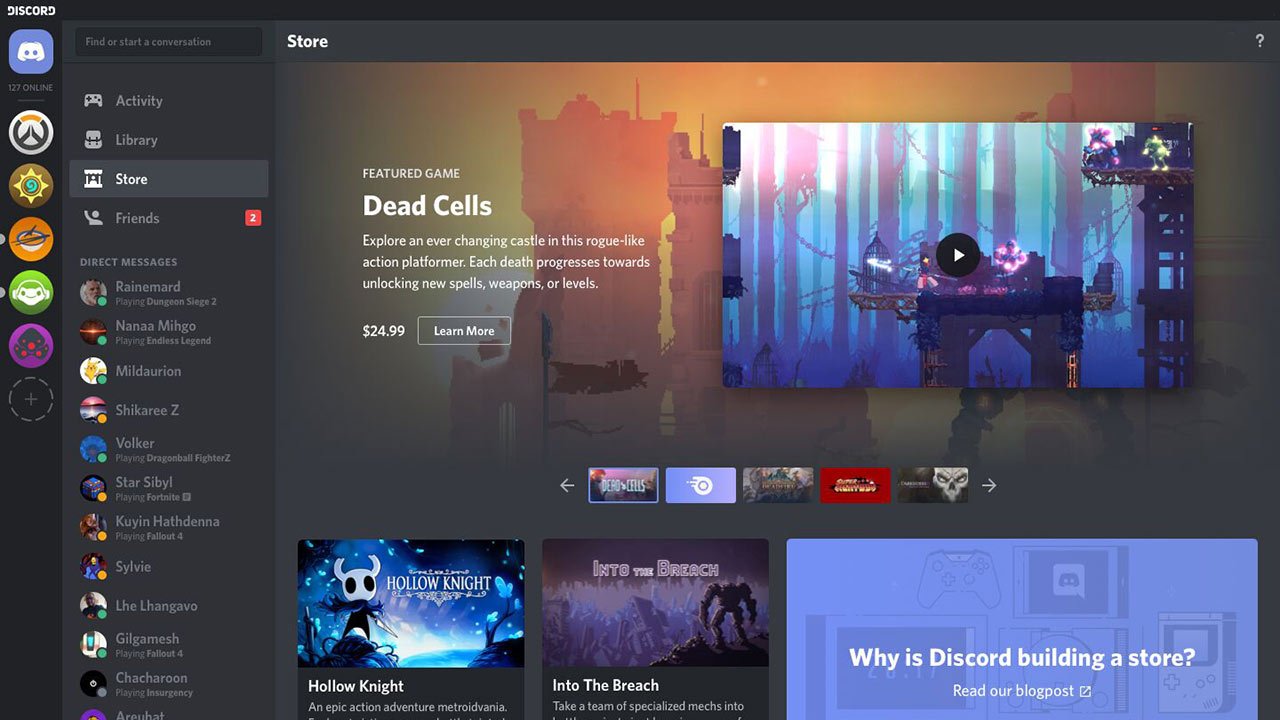 Discord has launched a beta for what’s being called the Discord Store, a place where users can purchase games directly.  The store will feature games from publishers big and small as was revealed in the announcement for the beta program which is rolling out to Canadian Discord.

The appears to have two big components.  The first is one that looks to push people to subscribe to Discord’s premium Nitro service by giving them access to free games that come with the $4.99 Discord Nitro subscription.

Alongside this feature for premium subscribers, The Discord Store will launch as a place where any Discord user can purchase games.  This will also serve as a discovery service that will promote games with a boutique feel according to the announcement.   “We’ll be launching a curated game store experience similar to one of those cozy neighborhood book shops with recommendations about the hottest and newest games from us to you.”

The announcement does reveal that future plans for the Discord Store will include relying on the Discord community to influence recommendations.

This new initiative will also bring with it some other things like timed exclusivity on the platform for some unannounced indie games.  Discord is calling this “First on Discord” and this will mean that some games will literally release on the Discord platform first, before arriving on any other storefront.

Finally, Discord will be adding a universal library tab to the Discord client which allows users to scan their computers for games and then launch them through the Discord interface.

A full list of Nitro games and games available on the Discord storefront can be found below.