Dishonored 2 Free Trial Is Coming To PS4, Xbox One, and PC This Week

The latest news in the world of video games at Attack of the Fanboy
April 4th, 2017 by Dean James 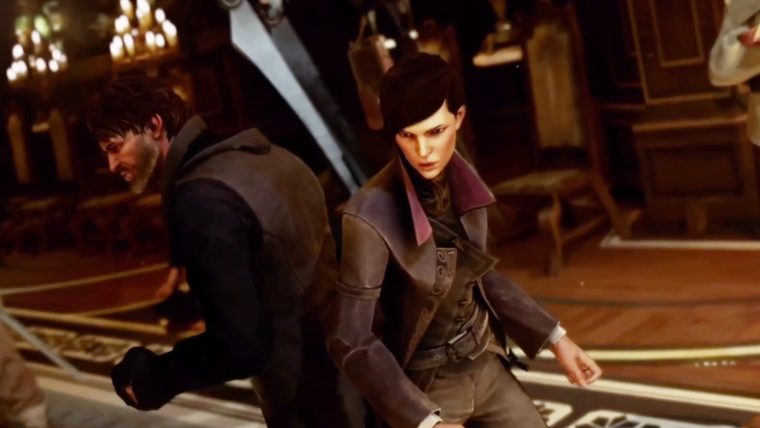 Dishonored 2 released last November as a follow-up to the fairly successful first game from Arkane Studios and Bethesda. In fact, Bethesda gave this a lot of hype last June during their E3 press conference by focusing a good bit on the game. The game got stellar reviews, though sales were less than hoped for, but now a free trial is coming out for the game that could potentially help sell more copies.

As revealed by Bethesda on their official site, a free trial for Dishonored 2 is coming later this week on Thursday, April 6. The good news is that those that want to check it out will not be limited by platforms as it’ll be available on PS4, Xbox One, and PC.

This free trial for Dishonored 2 that goes live on Thursday will feature the first three levels of the game where you can play as either Empress Emily Kaldwin or the Royal Protector, Corvo.

What makes this free trial even better is that you can at any time purchase the full game and continue on from where you left off at the end of the three levels. Whether it is instantly or at a later time, you can load your save and keep playing like you had the full game from the start.

While a free trial for Dishonored 2 like this likely won’t lead to a massive sales push like games such as Rainbow Six Siege saw last year after a slow start, giving players an opportunity to try something out can always lead to more people getting interested and wanting to play the full game.

If you are interested in more on the game ahead of this free trial to see if it’s worth downloading, make sure to check out our review where we absolutely loved the game when it launched late last year.

Home / Game News / Dishonored 2 Free Trial Is Coming To PS4, Xbox One, and PC This Week