The Division Day One 1.01 Patch Fixes Deployable Turrets And More

The latest news in the world of video games at Attack of the Fanboy
March 4th, 2016 by Scott Grill 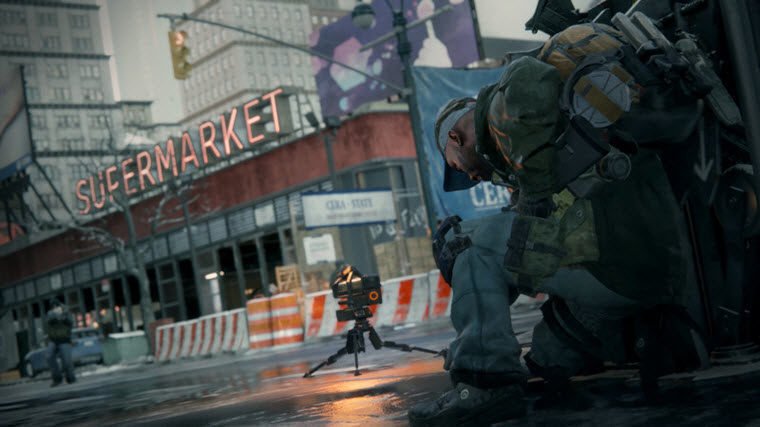 Those that have pre-installed The Division on their may have already noticed the game receive an update. Ubisoft confirmed a day one patch for its PlayStation 4, Xbox One, and PC online shooter that fixes a number of issues discovered during the open beta. This includes the annoying Deployable Turret quirk in the Dark Zone.

The Division 1.01 patch not only fixes bugs, but comes with some visual improvements to the game as well. Car window reflections have been improved along with night time lighting and contrast to help players distinguish objects better.

From a gameplay perspective, new tutorials were added which can be switched on and off through The Division’s options menu. More notably, the Deployable Turret will no longer target non-rogue players in the Dark Zone. Additionally, it will not damage neutral players who happen to stray into bullets fired by the turret.

More exploits discovered during The Division open beta were addressed as well. Counters to players turning invisible and shooting through walls have all been added with this patch.

You can check out the full details of The Division 1.01 patch below.

APPEARANCE MENU HAS BEEN UPDATED: