DOOM Has A Classic Easter Egg To Discover

The latest news in the world of video games at Attack of the Fanboy
April 28th, 2016 by Scott Grill 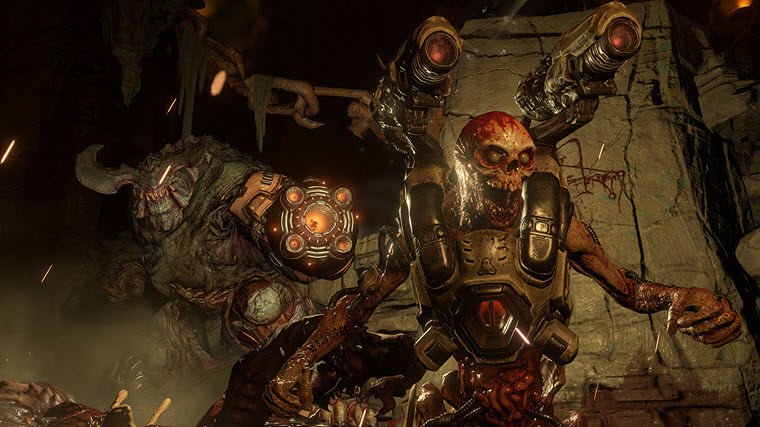 DOOM drops on the PlayStation 4, Xbox One, and PC in a couple of weeks and id Software just shared a big Easter Egg hunt for players to embark on when the game launches. There is, of course, the potential for spoilers here so tread lightly before continuing.

Executive Producer Marty Stratton and Creative Director Hugo Martin appeared in an IGN video to reveal a classic Easter Egg in each level of the DOOM campaign. There are levers hidden in each single-player map that will open up an entrance to part of a level from the original 1993 video game and its sequel.

These hidden sections in the DOOM campaign use the same graphics style and layout from the original maps, but with the weapon and enemy models from the new edition. These are only “stub” versions of the levels, however, they unlock the full version which can be accessed from the main menu.

You gotta look carefully. They’re really hidden away,” Stratton explained in the video. “We don’t give a lot of hints to where they are, so I think people will have a good time finding them for themselves.”

Only the first level is shown in the video, so you’ll have to hunt for the rest for yourself or wait for the inevitable guide to be posted.

DOOM will descend into hell and to the PS4, Xbox One, and PC on May 13.