The latest news in the world of video games at Attack of the Fanboy
March 30th, 2015 by Kyle Hanson 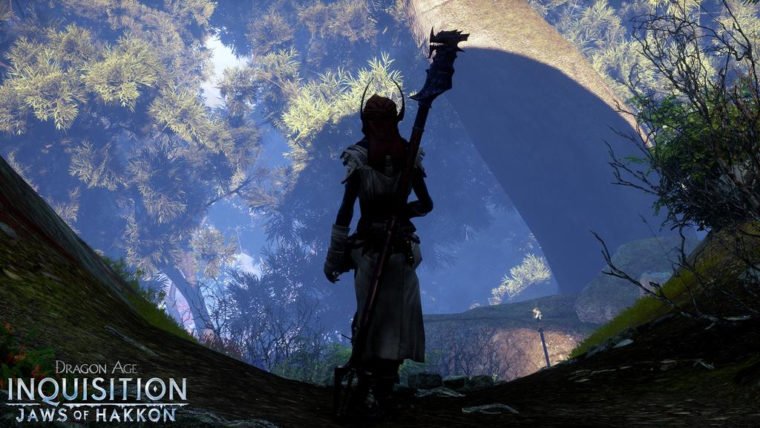 Dragon Age: Inquisition has already released its first DLC pack with the Jaws of Hakkon on PC and Xbox One. However, PlayStation fans have been left wanting, and it looks like they have a while to wait still as Bioware has announced that Jaws of Hakkon will be made available on PS3, PS4, and Xbox 360 in May. The DLC offers up new story, new areas, and new characters to interact with, presenting players with a lot of extra gameplay for the RPG title. There seemed to be an exclusivity agreement with Microsoft though, which is why PlayStation platforms will be receiving it on such a delay.

CONFIRMED: Dragon Age: Inquisition – Jaws of Hakkon comes to all other platforms in May!

The story has you tracing the footsteps of a previous Inquisitor who was lost on a journey to find a dragon that was plaguing Avvar. Along the way you will explore a vast, new area within Thedas which is home to forests and mountains for you to check out. Those on PC and Xbox One can purchase Dragon Age: Inquisition – Jaws of Hakkon now for $14.99, while PlayStation fans and Xbox 360 owners will have to wait until some time in May for it to hit their respective platform.

Many fans are upset by this news, as can be seen in the replies to the original Tweet. Having to wait is never enjoyable, especially with a pastime as focused on new things as gaming. Having to wait for months is especially difficult for some fans, but this has become a more common tactic for DLC releases as of late.